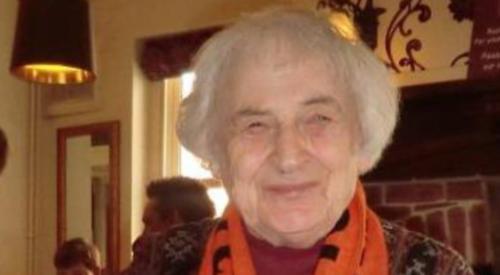 A TREE has been planted in Shiplake in memory of a former teacher at the village primary school.

Val Knight, who passed away in April 2020, aged 82, was responsible for the reception class at the school for more than 20 years after moving to Shiplake with her husband Barry in the Seventies.

The memorial event was held at Shiplake Memorial Hall on Monday and was attended by more than 40 people, including members of her family, friends and former pupils and colleagues.

The autumn blaze maple tree was planted by a bench in her memory.

The occasion was part of the Royal Horticultural Society’s Roots for Remembrance initiative for the families of people who died during the coronavirus pandemic but were unable to say their goodbyes due to lockdown restrictions.

He said: “This is a fantastic afternoon hosted by the memorial hall.

“This is not a sad occasion, as we are over the grief now, this is a celebration of Val’s life.

“We hope that you and the people who couldn’t come today will come and have a catch up with Val any time at her bench under the tree. Thank you to all the people who are here and the members of the memorial hall.

“Val was a key member of the community throughout the years and it is good to make use of this new facility here.

“She was the most loved teacher at Shiplake Primary School, I am sure you can all agree.”

James Sherwin, who was a pupil of Mrs Knight, said: “She was the best. I remember her cheering me up when I first went to school. She was so kind and friendly.”

His mother Sally said: “Val was the best teacher you could ask for and we were all so pleased she was looking after our kids. She was so involved in the community and when she worked for Oxfam. Everyone you speak to who knew Val had something nice to say about her.”

Susan Edwards, whose daughter Emily was a pupil of Mrs Knight, said: “Emily was missing home and Mrs Knight comforted her and let Emily cuddle her coat because it smelled like our home.”

Caroline Fairbrother, a friend of Mrs Knight, said: “She would have loved this afternoon and seeing everyone here, although she would have expected to have some beer.”

Mrs Knight retired from the school in the late Nineties and took to volunteering at the Oxfam book shop in Henley.

Jill Richardson, who spent more than seven years working with her at the shop, said: “I believe Val worked there for around 20 years and she helped me get the role there because at the time they didn’t offer any part-time options but she convinced them. Now I have my silver badge for working at Oxfam for over 10 years.

“Val was amazing, calm and knowledgeable, just a lovely person.”

Janet McNamara, 84, said: “We were friends and spent a life together.”

Their mothers were friends from when they were born at a hospital in Hull four days apart.

Mrs McNamara, who now lives in west London, said: “There is a photo of us as ‘babes in a basket’ when we were a few months old.

“When we grew up in the late Fifties we moved to London together. We were flatmates and had such a laugh.”

Mrs Knight’s husband died in 2008 and her other brothers, Paul and Mark, also predeceased her.