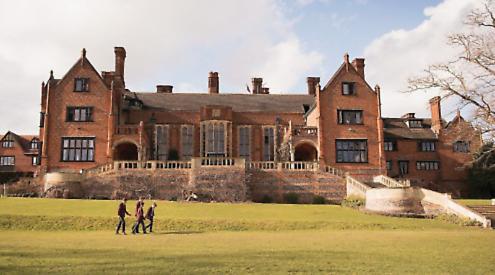 The move comes as the independent school looks to increase its sporting provision, particularly for girls.

It has applied to South Oxfordshire District Council, the planning authority, for a new sand-dressed artificial pitch for hockey, tennis and football as well as a 3G multi-use games area for football and rugby training.

The cricket nets would be non-turf and new fencing around the pitches would also be installed.

The proposed site is a former gravel pit and planning permission has already been granted for its use as playing pitches.

Under the plans a “significant area” will also be allocated for increased biodiversity.

Boddingtons Planning, of Watlington, produced a design and access statement on behalf of the college which says hockey facilities for students were of key importance.

It said: “We have been working on the design and the issues for some time to make sure we have the best solution both for the school to cater for their sports aspirations for the next 10 years, improving the sports offering, particularly for girls, and for improvement of hockey at the school.

“Currently hockey requires coaching pupils to Reading Hockey Club in Sonning, a trip of about 20 minutes. This is costly in coach rental terms, pitch hiring and loss of playing time for pupils.”

The consultants say the new pitch would be next to the existing school playing field and that there was “no evidence” that the existing pitches cause noise issues to the local residents, adding: “There is no evidence that the use of an artificial pitch is any noisier than the use of a grass pitch.”

The proposed fencing surrounding the pitches would be 3m high green plastic-coated rebound fence around one side of the pitch, the two ends and far side being 4.5m to prevent balls from exiting the pitch.

Existing trees around the boundary of the site would be retained. New landscaping will be planted to supplement the existing boundary planting and a new area allocated as a “green classroom” for increased biodiversity.

The college says that while the pitch would be used throughout the day by the pupils, there is potential for community use of the pitch in summer and weekends.

Boddingtons said: “Spectators is a frequent objection by residents but the reality is that the school currently has fixtures in the afternoon when they will play games against other schools, when some parents will come to support in the same way as they do at present. Parents will be able to walk down from the school to the pitch to watch games. This does not generate poor behaviour or loud noise or large numbers.

“The proposal has been carefully considered and planned to take into full account the sensitivity of the area in respect of locating facilities. There would be limited visibility of the facilities from outside the site due to the location. The proposals will enhance the school facilities and will benefit all sports.

“The pitch and courts have been designed to enable more in terms of quality, variety and quality, sport and recreation of this site. The capacity of the new pitch will allow far more use of the playing fields both in terms of intensity and in terms of the number of uses.

“The pitch has been located so that there will be no damage to or impact on the trees and shrubs surrounding. There will be an area devoted to biodiversity in the corner of the site.”

The district council will make a final decision by September 6.