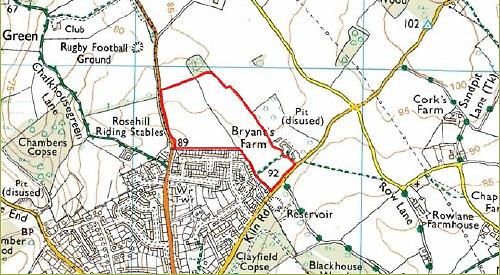 A BID to build 245 new homes on the outskirts of Emmer Green has been rejected by South Oxfordshire District Council.

The authority's planning committee has refused outline permission for the scheme, which was put forward by Gladman Homes last year.

The developer wanted to build a mix of detached, semi-detached and terraced homes on three neighbouring fields between Peppard Road and Kiln Road, of which up to 40 per cent were to be "affordable".

The estate was to have a main entrance off Peppard Road, a smaller access off Kiln Road and a footpath entrance off Marchwood Avenue. Gladman said it would form a "logical extension" to Emmer Green.

But residents opposed the scheme, saying it would place intolerable pressure on public services and surrounding roads. Their views were shared by Eye and Dunsden parish council, in whose boundary the application fell, as well as Henley MP John Howell and Reading East MP Matt Rodda.

The district council's planning officers proposed approval but the committee disagreed, arguing it would have a detrimental impact on its rural setting and was contrary to council planning policy.