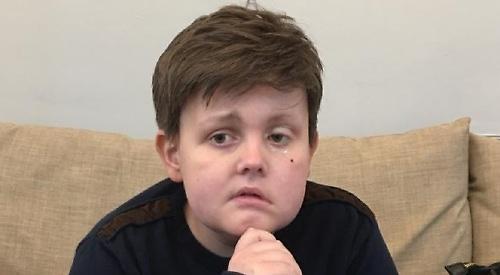 CHARLIE ILSLEY now has a full head of hair thanks to a specialist salon.

He lost all the hair on his head as a result of his chemotherapy treatment.

But he visited the Total Cover Plus salon in London with his mother Toni to be fitted with a wig made from human hair implanted into a micro-thin layer of artificial skin.

The bonding procedure, which took less than two hours, was non-surgical and pain-free.

Mrs Ilsley said: “It’s a thin mesh and each hair is individually sewn into that. It’s coloured to match Charlie’s hair.

“When he first put it on he looked like Ozzy Osbourne but when they clipped it all and styled it he was really happy. When he got home he went straight upstairs into his bedroom and went on to Instagram and wrote, ‘I’ve got hair!’

“He can swim with it and you pull it and it won’t come off.

“I imagine this is how he would have looked if we hadn’t gone through the last four years. It will take a little while to get used to. In the morning when he wakes up it’s all sticking up like he’s a punk rocker!”

Charlie, who had curly dark blonde hair before he became ill, will return to the salon in June and if his hair has regrown at the back and sides he will only need the wig for the top of his head.