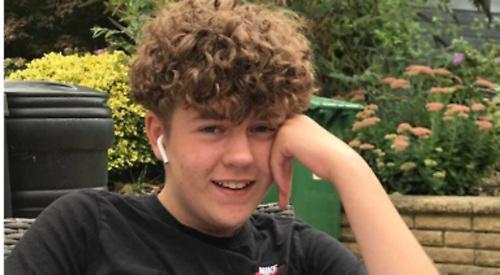 MORE than £18,500 has been raised for the family of a 13-year-old who was stabbed to death in Emmer Green.

Oliver Stephens, who was known as Olly, died after an incident in Bugs Bottom fields on January 3. He was pronounced dead at the scene.

A GoFundMe page, which was started two days after Olly’s death, has already raised £18,5440.

Some of the money will go towards the funeral and some will be given to anti-knife crime charities.

An online petition has also been set up, calling for a ban on anyone under 21 or without a licence from possessing a weapon. So far it has gathered more than 100,000 signatures.

They appeared at Reading Crown Court on Thursday last week and were remanded in youth detention custody. A provisional trial date was set for June 21. Two other boys, both aged 13, have been released on bail until February 1.

Meanwhile, Thames Valley Police have asked people not to share information about the incident online. A spokesman said: “We are aware of a number of posts on social media sharing material which may be evidential, as well as naming individuals who may or may not be connected to our investigation.

“Publicly identifying those who you believe are connected to Olly’s death may be a criminal offence and may prejudice any future trial as well as causing harassment and distress if misdirected to individuals not connected to the investigation.

“It is very important that people do not share this information on any social media platform. We understand the high level of community concern but we ask that people let the investigation take its course.”

Superintendent Nick John, local policing area commander for Reading, added: “I would like to thank the local community of Emmer Green for their co-operation and support.

“There has been a large number of officers in the local area while a thorough investigation is carried out and I appreciate the disruption and concern that this may have caused.

“Without your support, it would be very difficult for officers to carry out their work so I am extremely grateful for your continued patience.

“Officers continue to carry out reassurance patrols in the local area and I would encourage anyone to approach and speak to them if they have any concerns.”

Olly, who lived in Reading, was a pupil at Highdown School & Sixth Form Centre in Emmer Green.

His family described him as “funny, charming and beautiful”.

Floral tributes and messages have been left at the scene and outside the school.

Headteacher Rachel Cave said: “For a life to be ended at such a young age is a total tragedy. Our thoughts and prayers are with his family.”

To make a donation, visit bit.ly/3hZVtvd

THE Old Pavilion in Wargrave has been selected as ... [more]