Family of murdered boy call for end to knife crime 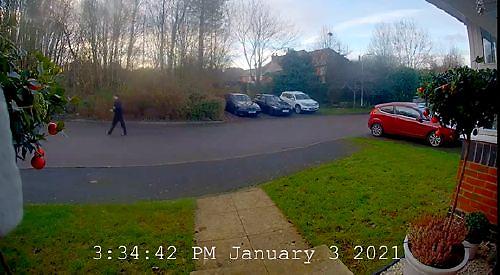 THE parents of a teenage murder victim have called for an end to knife crime.

Stewart and Amanda Stephens spoke out after two teenagers were found guilty of murdering their 13-year-old son Oliver in Emmer Green.

Oliver, known as Olly, was stabbed twice in the chest and back with a knife after being lured to the Bugs Bottom fields between Hunters Chase and Gravel Hill on January 3.

The 14-year-old killers, who cannot be named for legal reasons, were convicted by a jury at Reading Crown Court on Monday following a five-week trial.

They had both denied the murder but the older boy had admitted manslaughter.

The jury had deliberated for more than 18 hours before returning its unanimous verdict.

A 14-year-old girl had pleaded guilty to manslaughter before the trial. They will all be sentenced later.

Olly’s parents held a football shirt and black and white chequered sunglasses belonging to their son as the verdict was announced.

In a statement made through Thames Valley Police, they said he had left his home that afternoon “with love and laughter in his heart, with the hope of a bright fun filled future ahead of him”.

They continued: “Within 13 minutes of leaving the safety of his loving home, Olly had left us forever. Two minutes was all it took to end him and cause us and our family catastrophic heartbreak.

“When I reached where Olly fell, I gently held his hand, willing him to respond, with the same love and devotion as I had on the day we met, the day he was born.

“Olly was our boy. We raised him to the best of our ability. He was a huge character in and around our home, with his friends and at school.

“He made people laugh, he could dance with the best of them, and he gave his love freely. His sense of humour and his wicked comic timing had us and his friends in stitches many a time. He was warm, kind, soulful, a deep thinker and a great carer to those around him. He was loyal and trusted people to a fault.

“He would never back down from a fight, he would defend those that couldn’t or wouldn’t defend themselves.

“I pressed on him the importance of running from a fight, to get clear and take stock of events later, we would deal with the fallout together. He did not see it my way. It cost him his life.

“It was an honour to call him our son. We could not be prouder of the man he would have become.

“Today is a sad day, so many young lives and the lives of their families have been devastated by this callous and cold-hearted act. Knife crime needs to stop. Now.”

Det Chief Insp Andy Howard, the senior police investigator in the case, said: “I am pleased that the full facts of Olly’s death have now been established and that those responsible for his murder have been held to account.

“Olly’s family have told me on many occasions how he was a young man who stood up for the underdog and what was fair — I hope that Olly would feel that in that sense, justice has been achieved.

“But this is not a case where any of us should be celebrating these verdicts and this outcome.

“The circumstances of this case are horrific and will no doubt shock and appal people. Olly’s completely unnecessary killing, orchestrated and carried out by three other children, should horrify us as a society.

“Olly’s death is a tragedy that should never have happened. We all have a duty to educate and protect the children of our communities to ensure other families do not suffer the same devastation.”

During the trial, the jury was shown videos and pictures of the defendants holding and handling knives.

Alison Morgan, prosecuting, described one video of the younger boy swinging a knife at the older boy as “scary”.

The younger boy said he and his group of friends had an “interest” in knives and they would frequently share pictures of them in a group chat. He claimed the video of him swinging a knife was “clearly a joke”.

The older boy had deleted 57 image files and 15 video files, including a photo of him holding a knife, which Ms Morgan described as possibly being the murder weapon.

Ms Morgan described a series of phone messages sent to Olly from the older boy the night before the murder as “threatening”.

The killers, who had known Olly since 2019, told the court they did not mean to cause him serious harm but they had had previous grievances with him.

The older boy asked the 14-year-old girl to “set Olly up” so he could humiliate him after an argument about Olly sharing a post on social media.

The younger boy said Olly had been spreading false rumours about him and wanted to “make him say sorry”.

He said that on the morning of the incident, the older boy had asked him to bring a knife to a “one-on-one fist fight”.

The pair met Olly at Bugs Bottom at about 3.30pm with the girl and three other boys who weren’t involved in the incident.

A fight started between Olly and the older b0y who said he was “getting the better of me”.

Earlier in the trial, the younger boy claimed that Olly had carried knives in his waistband and would either show or tell him about them.

During the fight, he said he saw Olly reaching for his waistband and thought he was pulling out a knife so he stabbed him to defend the older boy.

The older boy said he saw his accomplice “turning red” and stab Olly twice in a space of a few seconds.

However, the younger boy disputed this and said he thought he had stabbed Olly in the upper right arm and didn’t know how the second wound to the back happened.

The victim was pronounced dead at 5pm following an emergency surgery at the scene.

The killers fled on an electric scooter and proceeded to get rid of clothes and delete messages on their social media apps.

The younger boy pleaded guilty to perverting the course of justice after disposing of his clothes on a railway track in Reading after the murder.

He was found not guilty of perverting the course of justice by deleting social media apps from his phone.

The older defendant pleaded guilty to perverting the course of justice after he deleted incriminating images and messages from his phone. He was also found guilty of disposing clothing.

Judge Heather Norton said the murder was a case of “tragic circumstances for everybody, particularly the family of Olly Stephens”.