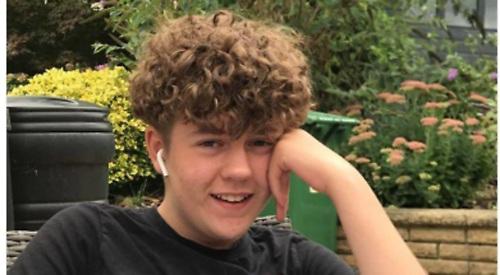 A GIRL who admitted manslaughter after a teenage boy was knifed to death has had her custodial sentence increased.

The 14-year-old was sentenced to three years and two months for the killing of Olly Stephens, 13, at Bugs Bottom field, near his home in Emmer Green, on January 3.

Three Court of Appeal judges agreed the sentence was unduly lenient and ruled that the custodial term should be increased to five years.

The girl was 13 at the time of the incident, which involved two boys, aged 14, who were found guilty of murder following a five-week trial at Reading Crown Court in July.

One was sentenced to 13 years in a young offenders’ institution and the other to 12 years. None of the defendants can be identified because of their age. All three were sentenced in September.

The Court of Appeal in London was told that the girl admitted “setting up” Olly in luring him to the field following a row between the boys on social media but that she was not aware anyone had a knife.

Olly was “ambushed” by the two boys who were said to have grievances with him.

During the trial, the jury was shown videos and pictures of the boys holding and handling knives.

Alison Morgan, prosecuting, described a video of the younger boy swinging a knife at the older boy as “scary”.

The younger boy said he and his group of friends had an “interest” in knives and they would frequently share pictures of them in a group chat. He claimed the video of him swinging a knife was “clearly a joke”. The older boy had deleted 57 image files and 15 video files, including a photo of him holding a knife, which Ms Morgan said was possibly the murder weapon.

Ms Morgan described a series of phone messages sent to Olly by the older boy the night before the murder as “threatening”.

The killers told the court they did not mean to cause Olly serious harm but they had had grievances with him.

After the trial, Olly’s parents, Stewart and Amanda, urged other parents of teenagers to “take their phones off them”, saying social media had played a “massive” part in their son’s death.