Residents and MP fight new homes next to beauty spot 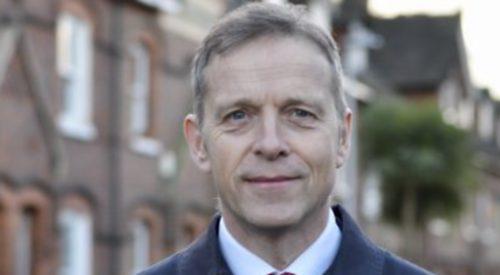 PLANS to demolish a workshop and store and replace them with two detached houses have been criticised.

The Keen Partnership, on behalf of the owner of the Piggery in Gravel Hill, Emmer Green, had previously wanted to build six flats but withdrew this last year after being told there were “technical issues”.

Oxfordshire County Council and Reading Borough Council, the neighbouring highways authorities, said the proposal was “unsustainable” in transport terms and access to and from the site would be difficult.

Now the agent has submitted new plans for two houses instead, reducing the area of development and repositioning the access point.

But Matt Rodda, MP for Reading East, is campaigning against the proposal as he believes it would harm the Bugs Bottom beauty spot and nearby countryside.

He said: “Traditionally, the built-up area of our town has finished at the boundary of the borough and the area just beyond it in Oxfordshire has been a space of green fields where people walk their dogs and go for a stroll.

“Recently, there has been some planning applications to build right next to the boundary on the Oxfordshire side and I am concerned about this because I think it could lead to a lot of further urban development in this area.

“I am also concerned about the impact on road safety, traffic and parking along Gravel Hill, which is a very quiet, dead-end road on the edge of Reading. The road is steep and does not have any pavements. A new development is very likely to lead to a major increase in traffic nearby and could cause accidents as well as congestion and pollution.

“This sort of car-dependent development with no access to public transport would cause unnecessary car journeys and carbon dioxide pollution at a time when councils and central government are committed to reducing emissions.”

James Nutley, who lives in Gravel Hill, said: “I see little to ameliorate the concerns raised on the former application for a series of flats on the site.

“The environmental issues remain and the lane is still liable to flash flooding.

“The proposed access still appears to have poor sight lines at the base of a steep hill, which frequently freezes for days most winters, this situation being compounded by the inability of gritting lorries to negotiate the narrow lane.

“Furthermore, there still appears to be little provision for guest parking, which inevitably will lead visitors to further obscure the already difficult turn in.

“The new application certainly will not help the increasing number of pedestrian users, many of whom are slow-moving and already find it difficult to avoid passing traffic, given the lack of pavements and steep banks encountered on most of the lane.”

Graham Breadmore, of Highdown Hill Road, Emmer Green, said: “Please reject this application as in my opinion it may set a precedent for building in the South Oxfordshire countryside, especially as it is immediately adjacent to Reading Golf Club land.”

Janet McPherson, of Woodcote Way, Caversham, said: “This local Area of Outstanding Natural Beauty will not support further development due to the single-track road and congestion this may cause.”

The Caversham and District Residents Association has also objected.

But Richard Allen, of Briar Close, Caversham, says he has changed his mind on the plans.

He said: “I do not see that I can maintain my objection since the new buildings appear to occupy a smaller space to the existing buildings and are no longer flats containing multiple occupants.”

Chris Keen, of the Keen Partnership, said: “The proposed development does not impact any existing or neighbouring premises as it is set back in the site surrounded by green space.

“The nearest property is to the south some 50m away to their flank wall. The design of the building has been limited to two-and-a-half storeys, as requested, and in this instance has its own distinctive but complementary character.”

The district council is due to make a decision by May 12.