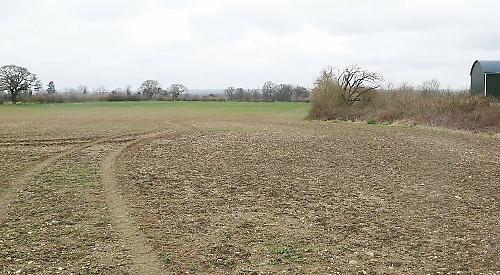 CAMPAIGNERS are calling for an appeal on a proposed 245-home development in Emmer Green to be dismissed.

The Open Spaces Society, which is based in Henley, says if the plans go ahead it would destroy a rural footpath with views over the Chilterns Area of Outstanding Natural Beauty.

Gladman Developments, of Cheshire, want to build on three fields between Kiln Road and Peppard Road in the parish of Eye and Dunsden.

The 13.48 hectares of land are owned by the trustees of Phillimore Successors Settlement.

In September, Gladman’s application was rejected by South Oxfordshire District Council’s planning committee with members saying the scheme would detract from its rural setting and the site was not in its housing plan.

The developer lodged an appeal and a public hearing will take place next month.

Kate Ashbrook, general secretary of the society, said the footpath formed part of a network with Row Lane, Dunsden Green and Littlestead Green.

It was a special location for walkers as the path commanded wide, open views with the wooded ridge of the Chilterns visible as a long arc from the north-west round to the north-east.

She said: “This expansive view from the path gives walkers an uplifting feeling of freedom and space. It is unusual, being so close to the town of Reading. While the path would be retained on its existing alignment should the development go ahead, this offers little comfort when the surroundings would be so radically altered for the worse.

“We have urged the inspector to reject the application and ensure that this very special experience for walkers is preserved.”

The company says the location for the development is sustainable and the estate would boost the district council’s housing supply. A statement of case for the appeal says: “It is clear there are very significant material considerations which outweigh the statutory presumption in favour of the development plan. It is therefore concluded that planning permission should be granted.”

More than 300 residents and seven parish councils called for the plans to be rejected, as did Henley MP John Howell and Reading East MP Matt Rodda.

The residents’ associations of Caversham and District, Caversham Park Village and Emmer Green have also opposed the development, as has the environmental action group Caversham Globe.

Opponents say the homes would be too far from services so the residents would be isolated and would also place too much pressure on public services and surrounding roads.

A fund-raising appeal has been launched by the Campaign Against Gladman in Eye and Dunsden to pay for expert witnesses, legal advisors and planning experts for the appeal. So far more than £5,000 has been raised with more than 120 people donating.

Rhys Joyce, who is co-ordinating the appeal, said: “We are almost halfway to our target. We have identified a possible barrister with experience of defeating Gladman.”

The appeal hearing will take place at Henley Rugby Club, off Marlow Road, starting on May 1, and is expected to last four days.

The district council, the campaign group and the developer will all be represented. Reading Borough Council, which opposed the application, is not a main party.

To donate to the appeal, visit www.leetchi.com/c/community-cagedunsden