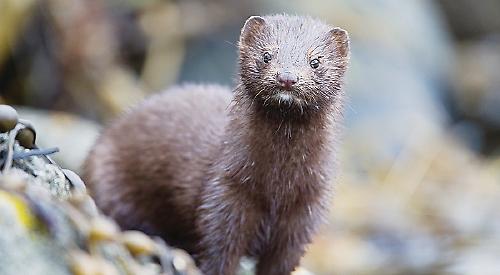 AN ecologist from Sonning is calling on the Government to take the problem of invasive plants and animals more seriously.

He is also calling for greater investment in science to come up with a more proactive and natural approach to conservation.

It comes as a coalition of conservation charities revealed that the damage caused by invasive plants and animals costs the economy more than £2billion a year, twice the amount the Government spends on trying to control them.

Prof Driver said: “Clearly there is a massive gap in the cost to society and what is being spent. Other organisations and businesses do spend money but there needs to be a more proactive approach in dealing with invasive species.

“We have recommended greater investment rather than firefighting. There is a case for spending more money to investigate how we control these invasive plants and animals in a natural way and that is dependent on science.

“There also needs to be a serious look at introducing long-term projects rather than spending money on ad hoc ones.”

Prof Driver is a specialist advisor for Rewilding Britain and is affiliated to the Wildlife and Countryside Link, which comprises the likes of Amphibian and Reptile Conservation, the National Trust and the Royal Society for the Protection of Birds.

In December, he lobbied the Environment Agency to do more to clear floating pennywort from the River Thames after it was discovered in Henley, Sonning and Wargrave.

The invasive weed can grow up to 20cm a day and forms a thick layer that kills flora and fauna by depriving them of oxygen. He has also set up projects to help control the mink population but these received only short-term funding so the problem would soon return.

Prof Driver said: “There needs to be a government campaign, in partnership with charities, so we can eradicate these species.

“In the case of mink it would probably cost tens of millions of pounds to do it across the country but it costs £6million to the country per annum already, so it wouldn’t take long to pay for itself.” He believes there are more cost-effective ways of improving conservation, such as introducing pine martens to help reduce the population of invasive grey squirrels, so that the native red squirrel can be reintroduced.

Prof Driver said: “As part of this coalition, I am encouraging government to take this more seriously and give it greater priority and more funding to the Animal and Plant Health Agency, which is responsible for this.”

Camilla Morrison-Bell, who chairs the invasive non-native species group at Wildlife and Countryside Link, said: “The number of nature invaders setting foot in the UK is set to grow.

“Not only can they wreak havoc on our rivers, seas and countryside, they can cause devastating damage to buildings, infrastructure and produce.

“Prevention is better than cure, so we need better resourcing for the work of enforcement agencies, backed up with legislation, to tackle the increasing nature invader threat.”

Henley MP John Howell said he would like to look at the figures more closely.

He added: “The Environment Agency has been working very hard to get rid of floating pennywort, which is the one I am most interested in. They have removed tonnes of the stuff.”