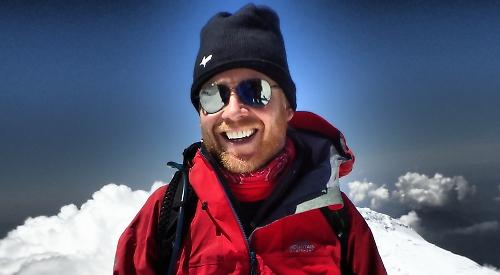 A MAN from Henley will attempt to summit the Matterhorn to raise money for a breast cancer charity.

Tim Davies, of Reading Road, is planning to ascend the 4,478-metre peak at the end of July and raise the same amount in pounds for Breast Cancer Now.

Mr Davies, 51, who works as a self-employed management consultant, has already reached the peaks of Mont Blanc, Kilimanjaro and Snowdon and hopes to conquer Mount Everest in the next three years.

He decided to raise money for the charity after having three close friends diagnosed with the disease in the space of 18 months.

Mr Davies will fly to Geneva tomorrow (Saturday) and then onwards to Chamonix for a day of medium altitude climbing. He will then undertake two days of high altitude climbing before travelling to Hornli, 2,500 metres high on one of the ridges of the Matterhorn ready to start his ascent in the early hours of next Friday.

He will be in a group of about six with each climber having their own guide.

Mr Davies said: “It’s a pretty steep mountain and it’s a technical climb, whereas Mont Blanc is a high altitude trek. When you see it, as I have, from the summit of Mont Blanc, it’s just begging to be climbed.

“The average angle of the Matterhorn is somewhere in the region of 45 to 47 degrees. We will start just with boots but when we hit ice will put crampons on.”

The climbers will also be kitted out with waist harnesses and use a belay system to ascend the mountain, a process using a rope system to protect a climber in the event of a fall on the way down.

Mr Davies will have to abseil off several sheer drops. He said: “I’m not unaware of the risks and, the Matterhorn, they average about 12 fatalities a year.”

For two months before the climb he has kept up a fitness regime, which includes two or three runs, the same number of swims and four to five gym sessions a week.

He said: “I’ve also had a training weekend in Wales where the guys I’ll climb Matterhorn with put me through my paces in similar sort of terrain. We had two days of fairly brutal climbing in winds that reached 70mph. I don’t think you undertake any sort of adventure like this unless you have some sort of sweaty palms.

“Being slightly on edge, certainly for me, means I’m more focused and it makes for a safer climb.”

Mr Davies climbed Kilimanjaro in 2016 and since then has decided to try and climb one mountain a year.

He said: “I really enjoyed it and when I came down I thought instinctively, ‘what’s next?’ I had the same feeling with Snowdon and Mont Blanc.”

He added: “Three good friends of mine have faced their own battle, and have had to climb their own mountain with a breast cancer diagnosis.

“In years gone by I’ve lost two of my relatives, an aunt and a grandmother, to breast cancer. It just felt appropriate to do something.”

Breast Cancer Now is working towards the aim that by 2050 everyone who develops breast cancer will live. To donate visit www.justgiving
.com/fundraising/tim-matterhorn