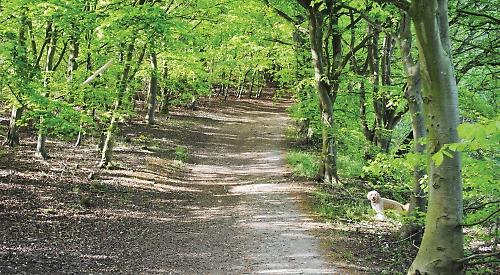 A MAN fears poisoned meat is being dropped in woods near Shiplake to kill dogs.

David Evans, from Lower Shiplake, discovered a whole rack of lamb in the woods off Woodlands Road, which run up to Harpsden.

He believes it was planted by someone trying to kill dogs or other animals.

Mr Evans was walking his black Labrador Alfie on Thursday last week when he discovered the meat.

He said: “The dog had started sniffing at something on the side of the path and it turned out to be this large piece of meat.

“This was a rack of lamb, which could have come from a butcher’s.

“It could not have been there long and it had not been chewed at all.

“It’s not the sort of thing someone would have dropped by accident.

“My concern was it had been poisoned. It was left in an area where a lot of dog walkers go.”

Mr Evans put the meat into a bag and took it to the Henley Veterinary Centre in Reading Road to see if they could test the meat for poison but they were unable to help.

He also called the RSPCA to see if they could help but was told they could only do so if his pet had been poisoned or he saw someone drop the meat.

Mr Evans said: “It’s important to alert the community to this.

“I have been trying to spread the word and warning other dog walkers to be careful. The people I have spoken to also found it really weird.”