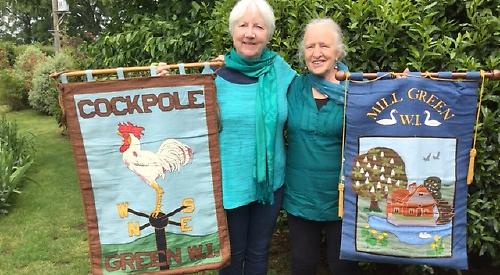 TWO members of the Women’s Institute from Wargrave will be taking part in the Time Is Now mass lobby of MPs in Westminster on Wednesday.

Thousands of people are expected to take part in the protest, which aims to highlight the breadth of people calling for stronger laws to protect our climate, nature and people.

The protestors will include Sheila Brockelbank of Cockpole Green WI and Christabel Grimmer of Mill Green (Wargrave) WI among other members from around the country.

The event has been organised by Greener UK and the Climate Coalition, of which the WI is a founder member. Other organisations taking part include WWF, Christian Aid, Cafod, the National Trust, Unicef and the RSPB as well as individuals such as climbers, surfers, walkers, cyclists, scientists, bird watchers and doctors.

Mrs Brockelbank said: “Over the years the WI has cleaned up our beaches, stood up for the honeybee and campaigned for wide areas of special beauty.

“In recent times, this concern for our natural environment has seen members rally against plastic pollution and climate change.

“We want our MPs to know this is an issue we care about and we support them in taking strong action now to end the UK’s contribution to climate change and pass ambitious laws that create a healthier environment for nature and people.”