Bring back our bridge 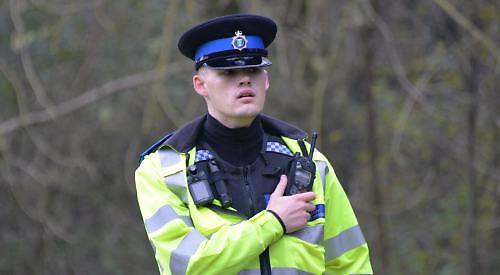 MORE than 150 people took part in a walk to protest at the closure of a public footpath near Henley on Saturday.

They included families with children, regular walkers and countryside campaigners angry that the path has now been shut for more than a year.

Some of them carried banners and signs with slogans such as “Bring back our bridge” as they walked from the start of the path off Marlow Road, opposite Henley Rugby Club, along the riverbank to the closed section near Fawley Court, which is marked by a wooden barricade.

They were followed by two police community support officers who were sent to keep an eye on what was promoted in advance as a “peaceful” protest.

Buckinghamshire County Council, which is responsible for the path, closed it in October last year after a wooden bridge on the route collapsed but attempts to replace it have been hit by a series of delays.

The protestors are upset at the length of time it has taken to replace the bridge and that the closure means walkers have to use the busy Marlow Road, which has no pavements, to get beyond the closed section. They say this is dangerous, especially for families with young children.

Many of those present demanded that the bridge is replaced as soon as possible and that in the meantime alternative arrangements are put in place.

The protest was organised by the Ramblers’ Henley and Goring Group and Henley Walkers are Welcome with support from the Open Spaces Society and the Chilterns Society. James Lambert, from Mill End, who helped promote it, said: “It is a brilliant turnout and far beyond what I had expected.

“It just goes to show the level of public opinion and the willingness to bring this bridge back.

“It is quite sad that it has had to come to this — mass protest. There have been so many opportunities for the bridge to be brought back.

“It has been more than a year and we are still waiting for it to be installed.”

Mr Lambert said people who had to walk along Marlow Road were being put at risk.

He said: “There is a series of blind bends and limited space for people to walk.

“We are not talking about thousands of people but the bridge was a massive route for walkers and the main road is too dangerous.”

Kate Ashbrook, general secretary of the Henley-based Open Spaces Society, addressed the crowd and urged people to keep up the pressure. She said campaigners had been pressing the county council to replace the bridge but the path had remained closed by a traffic regulation order.

Ms Ashbrook said: “This is deeply frustrating not only for people from Henley who enjoy walking along the river but also for those who are planning a circular walk, taking in Hambleden Lock and the hills behind.

“Their fabulous walks are thwarted by this closure. Marlow Road is so dangerous.

“We know that there is some problem involving lawyers, which means it could take a little bit of time. Perhaps our organisation should invite the county council and the Fawley Court Estate to a round table meeting to talk about it to see what can be achieved.

“A county council can close a route for six months with no opportunity for public enquiry. They can go on extending it and we know the legislation is bad and we want to change it.

“We need public involvement and transparency.

“We don’t know why this path is not being re-opened but we do know that it is really important.”

She said the turnout was “tremendous”, adding: “Thank you to all the organisations who have been involved. It is really good to see everyone here.

“People of Henley, please keep up the pressure. Thank you for coming to demonstrate how strongly you feel about this.”

Ms Ashbrook told the Henley Standard that she had written a letter to the estate asking for help to have the path re-opened and to provide a temporary, safe alternative route for walkers.

Susan Maguire, area secretary for the Oxfordshire branch of the Chilterns Society, said: “We are not here to blame anyone because we don’t know who is responsible.

“We don’t fully understand why things have gone wrong. We feel as if the walkers have not had enough information.

“There is a huge need for an alternative path.”

Rosemary Duckett, who lives in Marlow Road and has been walking the route for 48 years, said: “I am just fed up after this many months.

“I reported the bridge being broken in August last year and it could quite easily have been fixed by now.”

Susan Inker, of Mill Lane, Henley, said: “It is a fundamental human right to be able to peacefully protest about matters that disrupt the community.

“I walked this route all the time and now I am not able to. We just want to have the bridge back and the footpath
re-opened.”

The latest bridge closure notice is due to expire on December 16.

A new bridge was due to be installed in June but the council’s contractors were unable to carry out the work because of poor weather so the work was delayed until August to avoid clashing with Henley Royal Regatta.

Then the council said it was working to secure vehicle access in order to take in the heavy wooden tinbers for the new bridge.

The council, which is responsible for the bridge, said it was continuing to talk to the landowner so that a new bridge could be installed “as soon as possible” and apologised for the inconvenience caused.

The estate says it shares the public’s frustration and has
co-operated with the council since the bridge collapsed but has itself experienced delays with the authority.

It says an alternative route is the sole responsibility of the council.