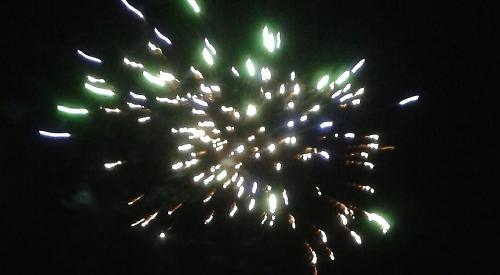 RESIDENTS taking part in the weekly applause for NHS workers are being encouraged not to set off fireworks.

Erik D’Arcy-Donnelly, a veterinary surgeon at the Henley Veterinary Surgery, is urging people to be more considerate of animals, which are scared and sometimes injured by fireworks.

The Clap for Carers initiative began last month. Most households have kept their celebrations to clapping and cheering but others have taken to using fireworks.

Mr D’Arcy-Donnelly said: “I am all for clapping the NHS and the essential workers on Thursday evenings but letting off fireworks is not acceptable.

“A lot of people don’t even think about the stress and anxiety that it caues pets or the chance of them being injured.

“We would rather not see an animal because of something that can be prevented. Some people are also letting off Chinese lanterns and these can be just as dangerous.

“Animals don’t understand what is happening. Their natural instinct is fear and they might feel they have to escape and then they might get run over.

“Last year, during Henley Festival, they let off the fireworks at the end and I know a dog escaped and was run over and killed.”

As well as being potentially harmful to both domestic pets and wildlife, fireworks could also put a strain on the fire and rescue service if crews are called to rescue an escaped animal.

The surgery in Reading Road is operating on an emergency only basis and is attempting to handle as many cases as possible without having to interact with clients. If an owner suspects their pet may be injured or unwell, they are encouraged to call the surgery and then send a photo or video by email to allow staff to assess the nature of the condition.

Mr D’Arcy-Donnelly said: “We are not doing our full range of services and we have to make sure we are part of the solution rather than part of the problem.”