Spelling out danger of climate emergency 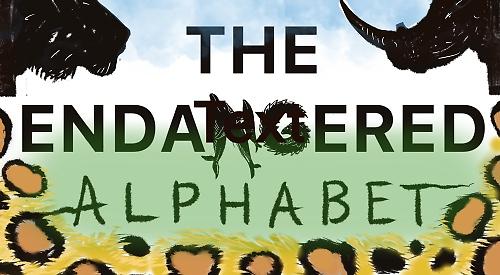 AN environmental activist wants to highlight the threat that climate change poses to biodiversity.

Julia Lacey, from Hambleden, recently discovered that 35,000 species are designated as “threatened”.

She struggled to comprehend this figure so began to organised an outreach arts project, which will culminate in an online exhibition.

It is aimed at people of all ages and abilities and is not restricted to art as exhibits can involve other creations, such as writing, knitting and baking.

Called the Endangered Alphabet, the idea is to look at the worldwide endangered species list and use the first letter of your chosen species to create a series of alphabets.

These will be displayed on the “Endangered_alphabet” account by March 26 to coincide with the reading of the Climate and Ecological Emergency Bill in Parliament.

Mrs Lacey, who is a member of Greener Henley, said: “When I learned that 35,000 species were at risk, I couldn’t actually get my head around that number and I started looking at the list.

“I looked at the As and the page went on for forever so I thought it could make a good outreach project.

“If you do it like an alphabet, it is easier to remember. I want to make it really broad and for all ages and abilities but it isn’t a competition.

“If we weren’t in lockdown, we might have been able to do it as an exhibition, so that’s why I have had to put it on Instagram.

“So many people in Henley care about the countryside and nature and there is so much good work going on in the town.”

“But this is not something that only local people can get involved with. I’ve got friends who have moved to Australia and I’m going to get everyone to spread the word when they do it and hope to get a lot of entries.”

Mrs Lacey, who works in production at Henley watchmaker Bremont, has been concerned about the environment for many years and spoke at the Henley Town Council meeting last February when it declared a climate emergency.

She said: “We are making improvements with the pandemic with the vaccine but we can’t fix climate change with a vaccine and we can’t delay action either.

“The urgency grows every day and people have been saying the time is now for the last 10 years.

“It is irrefutable and if you don’t want to listen you are at the point of denial — we are in it now and it is happening.”

Mrs Lacey is being helped with the Endangered Alphabet by friends Nicola Sutherland, an artist, and Sarah Bell, a writer, who both live in Henley.

She said: “Our concern is the world we are leaving for future generations and I feel really passionate about it.

“I have bored the pants off people talking about it but I do feel that people are coming around to understanding what is at stake — everything is at stake.”

To take part, email a photograph of your creation to eco.jules.l@gmail.com