£25 bill to have fly-tipped rubbish removed from gym 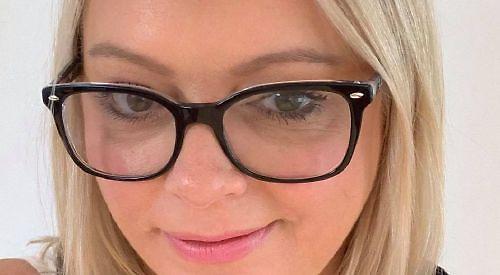 A GYM owner has had to pay to remove a large pile of rubbish dumped outside her premises.

More rubbish was left inside the large Grundon bin belonging to the building.

Rebecca Taylor, the club’s manager, had to pay £25 to have the rubbish removed by a contractor.

She was alerted by a neighbour of the gym who saw the rubbish bags had split and feared this had attracted rats to the area.

Mrs Taylor, 48, who lives in Tilehurst, said: “A lady who lives nearby emailed me as she thought we’d been leaving the rubbish there but we haven’t been open for weeks because of the pandemic.

“She noticed the open bin bags and thought that this was causing the rat problem in her garden.

“She had pest controllers out who said the rats has gone under her decking for warmth. They advised her that rubbish should be stored properly. The bags were left at the side of our Grundon bin, which was also full, but I’d cancelled the contract for waste collections while we’ve been closed.”

Mrs Taylor, who normally pays £25 a week to get the waste from the bin collected, wrote about the incident on Facebook and Warren Taylor, of Combat Pest Solutions, of Aldermaston, offered to clear the waste left at the side of the bin for nothing.

However, she still had to pay to have the waste collected from inside the bin.

Mr Taylor said: “They had filled the bin up and left more at the side. The bags were full of toys and household items — it looked like someone had had a huge clear out.

“We’ve got a large bin and it takes a lot to fill it up even with hundreds of people using the gym each week so you can only imagine how much was in there.

“I’m so grateful for Warren. It was so nice of him and I don’t even think his company is local so he travelled all the way here to do that. It was nice of him as it wasn’t a nice job. He also walked all around the gym to make sure there were no other bags. There weren’t any rats but there were some mice.

“The grass under the bins was a different colour when the bags were removed so they must have been there for a while.”

This isn’t the first incident where the club’s bin has been used by other people.

Mrs Taylor said a van was captured on CCTV dumping building materials in it last year.

She said: “They left MDF, which is a type of fibreboard, so it must have been a builder.

“It was really annoying as it was big and it took up a lot of the bin and we couldn’t fit anything else in.”

She hasn’t looked at the CCTV footage this time as she is unsure of when the rubbish was actually dumped.

Mrs Taylor added: “Usually we’re open seven days a week and this wouldn’t happen but we’ve moved the bin inside for now.

“It was really frustrating as we are having to cut our costs so much. To have to pay to remove someone else’s rubbish as they’ve been selfish and lazy is upsetting. I don’t think we can deter the people who do this type of thing from doing it again. It’s just selfish people who won’t stop. They shouldn’t even have been driving up there as it’s a private road.”

The gym is due to open again on April 28 when the restrictions are eased.

Mrs Taylor said the children were looking forward to getting back to action.

“We’re really excited as the kids are desperately missing their hobbies,” she said. “It’s sad seeing the gym closed with no kids in there enjoying it.

“We do online Zoom classes but it’s not the same and they are tired of looking at screens all day with school.

“They are desperate to get into action. It’s a few weeks away still but we’re so much more positive.”

Mrs Taylor thanked the residents of Bird Wood Court for keeping an eye on the area during the pandemic.

She said: “It’s a Neighbourhood Watch area and another lady has contacted me to say she often walks around and picks up rubbish to put in her own bin and she said she’d be happy to help out if she sees anything.

“I want to thank all the residents for their diligence and help as a
community.”