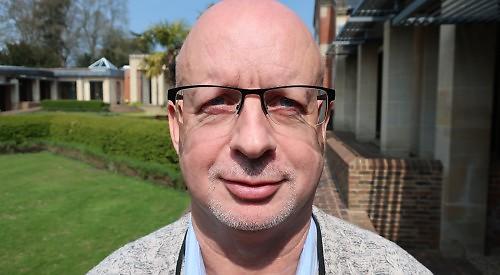 A PROSPECTIVE councillor has called for a trial of a night-time ban on heavy goods lorries coming through Henley.

Paul Harrison was responding to the campaign for the introduction of a
7.5-tonne weight limit on Henley Bridge to prevent HGVs using the town as a “rat run”.

Later this month, Stefan Gawrsyiak, Henley’s representative on Oxfordshire County Council, the highways authority, is due to propose this in a motion.

Now Mr Harrison, a Conservative who will be challenging Councillor Gawrysiak (Henley Residents Group) in the council elections in May, has suggested the trial.

In a letter to Yvonne Constance, the council’s cabinet member for environment, Mr Harrison said the issue had been at the forefront of people’s minds for a long time.

He wrote: “Action now will not only improve the air quality of the town centre but also do considerable good for the safety of pedestrians and demonstrate a true commitment on behalf of the county council to ensuring the best possible service for our residents.”

It comes after Ian Clark, a Conservative member of Henley Town Council, caused controversy by suggesting that residents who didn’t like HGVs coming through Henley should move.

Residents of Bell Street and New Street have complained about the problem for years and more than 2,300 people have signed a petition calling for the weight restriction on HGVs with no business in the town, saying they pose a threat to pedestrians and damage the town’s streets and historic buildings as well as adding to the town’s air pollution problem.

“As well as a ban on HGVs, I believe that encouraging a switch to electric cars will have a major benefit to air quality in the town centre and, if elected, I will fully support the creation of more charging points.”