Plan to dedicate area of river to wild swimming only 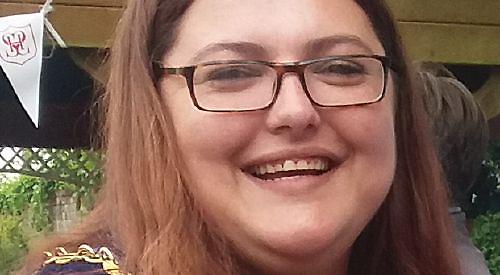 A DEDICATED area for wild swimming could be established in the River Thames in Henley.

Steps down into a buoyed-off area of water could be built off Marsh Meadows, near Marsh Lock.

The idea was suggested by Kellie Hinton, who chairs the town council’s recreation and amenities committee, and has been welcomed by the Henley Mermaids, who are members of the Henley Open Water Swimming Club.

A ladder is already being installed near the River & Rowing Museum jetty in Mill Meadows as part of £300,000 worth of repairs to the river bank.

Councillor Hinton said she had been trying to put a plan together for about three years. “I met with an Environment Agency representative to see what we needed to do in terms of safety along the river bank,” she said.

“We have the money in the budget to make repairs and I knew we needed access to the river so it made sense that if we were making improvements anyway to suggest the steps at the same time.”

The Mermaids suggested moving some moorings to make away for the buoyed-off area.

Cllr Hinton said: “The only thing is it’s not just about access, it’s about moving moorings, which means a loss of income. The area I’m proposing is away from the main navigation of the river.” She said the Environment Agency would need to approve the plan, adding: “We have the rights on the banks and they have the rights in the water so it’s very dependent on what they agree to. It wouldn’t be a massive area as we have a lot of boat users in Henley. We’re only asking for a small area.

“When I was growing up in Henley, we had canoe lessons and swimming lessons and it was really important to not just use the river but use it safely with respect and I feel that over the years we’ve lost that.

“People jump in without much knowledge about how deep it is, what’s underwater, how they’ll get out etc. We’re keen to get more people using the river and safely. The old Henley swimming baths were really popular and well-loved and people romanticise it when they talk about them.

“This is about having a nice area that could be buoyed off and be just like those old baths. The old way of doing things is sometimes the best way and it would really benefit the residents of Henley.”

In a statement, the Mermaids said: “Access to the river for most is poor and there is no dedicated bathing or paddling area in Henley.

“The idea of steps into the river is fine but a proper, dedicated bathing area would be even better. It would give swimmers and paddlers a dedicated space, free from boat traffic, to enjoy.”