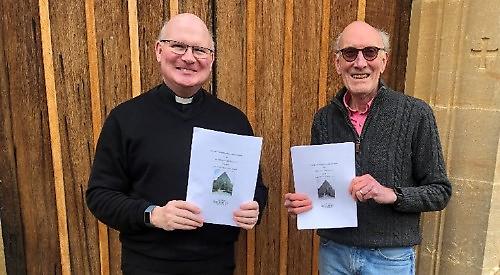 IN my house, New Year is a time for making resolutions for the coming year and reflecting on how many of last year’s resolutions, so optimistically made, we followed. Sadly, it’s rarely “lose a stone by July”.

So it seems a good moment to reflect on some of our highlights from 2021 and whether Henley’s climate emergency working group managed to keep to our own resolution of helping the town reduce its carbon footprint over the last 12 months.

So how did we do? Here’s a selection:

1. We made it cheaper for residents to install climate-friendly energy generation. Our Solar Streets discounted solar panels campaign continued, moving online to social media and Zoom.

The group received £700 in community donations from the scheme, allowing us to subsidise energy audits and improvements for other local organisations.

The installed capacity in Henley from this scheme is saving 11.5 tonnes of CO2 from going into the atmosphere annually.

Even better, the scheme has been taken up by nine other local towns including Marlow, Wallingford and Didcot with a total of 94 installations so far and another 40 booked for the coming year.

If you want to join the scheme, it’s still open at http://thegreengroupuk.com/solar-streets

2. We helped Henley Town Council to understand the carbon consequences of its decisions.

We advised the council on the writing of its net zero carbon emissions policy and trained councillors and officers to implement the measures put forward. This policy will ensure that the environmental costs/benefits of any council decision are considered.

We were delighted that the council was successful in its bid for government funding of £30,000 to decarbonise council buildings.

3. We showed local organisations where their buildings were leaking energy and helped fund improvements.

I went with energy expert Michael Esvelt, of Oxford Brookes University, to Sacred Heart Church in August as he conducted a full survey of the buildings. Michael took lots of photographs and crawled into all sorts of spaces.

There were many things that could improve the energy efficiency of the building, from installing solar panels to lagging the exposed pipework. Installing all these would save 23 tonnes of carbon per annum. With funding from the town council, Solar Streets and Low Carbon Oxford, our group has managed to offer free energy audits to the GP surgeries, churches and the YMCA.

We visited the Greencore net-zero development in Kingston Bagpuize, built by Henley native Ian Pritchett. We interviewed Ian for a film that is now on the town council’s website and hope to inspire other local builders.

Ian also came to talk to the business community at the Green Fair held in the town hall and attracted much interest.

We also had a very interesting discussion with Nicholas Daruwalla, Crest Nicholson’s director of land, about the developer’s commitment to sustainable building techniques.

5. We planted 1,500 trees in Medmenham and on Forty Acre Field in Henley with other projects in the pipeline for 2022.

If your New Year resolutions include cutting your own carbon footprint, these are some very simple, cheap and effective things you can do:

• Use a green energy tariff. This simple change is one of the most effective things you can do.

• Plug the draughts, insulate the loft.

• Leave the car at home and use your feet for short journeys where you can.

• Eat vegetarian once a week.

Wishing you all a very happy New Year.