New waste compactor in meadows will save £10,000 per year 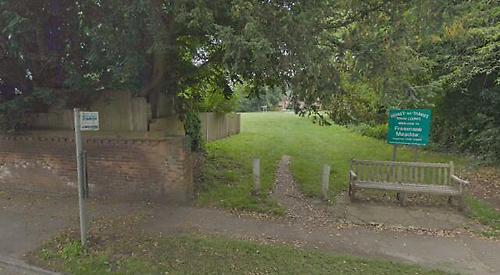 HENLEY Town Council will save £10,000 per year thanks to a new waste compactor at Mill Meadows.

Town clerk Sheridan Jacklin-Edward told a meeting of the council’s recreation and amenities committee: “These costs have been attributed to the pandemic, which encouraged more socialising outdoors and takeaway food and drinks.

“But they have been more than matched by the related increase in parking income.

“The vast majority of the expenditure has been attributed to the disposal of general waste, which is made up of rental charges for the compactor skip, the cost to take it away and return it and the cost to dispose of the waste generated.”

The company will not send the waste to landfill but instead it will go to the Ardley Energy Recovery Facility near Bicester.

The plant treats about 326,300 tonnes of non-recyclable waste each year and can generate enough electricity to power more than 59,000 homes.

Mr Jacklin-Edward said the mileage of the waste disposal lorries would be reduced through having a larger compactor and fewer collections.

He said: “As the vehicle will be carrying greater weight, the fuel consumption will be higher.

“However, fewer collections would still be more environmentally beneficial and reduce HGV movements in Henley.

“The new tenderer’s fleets are moving towards electric vehicles where possible.

“Our chosen company leads this with 20 per cent of their fleet being electric vehicles, which will rise to 25 per cent by 2023.

“However, while we are already increasing our spending on maintaining and improving the council’s services and amenities, if it is felt the savings should be spent on further town improvements, this is always an option.”

Meanwhile, the committee approved noticeboards with information about the town’s pudding stone in Gravel Hill.

These stones are a natural rock formation thought to be more than 50 million years old.

The name comes from the stones’ raisin-like appearance, which is similar to a fruit cake.

The information board will provide a brief geological background to the pudding stone and its
significance.

It will be on the West Street side of the grass area close to the stone.

This will be the seventh historic information board in the town.

It will be A2 size with a single support, which is smaller than previous ones, which are A1 with a double support.

The design and manufacture of the board will cost £850 plus VAT compared with £1,200 for each of the previous six.

Vivienne Greenwood, who is a member of the Henley Archaeological and Historical Group, will oversee the design and wording on the board.