Take step back so nature can thrive 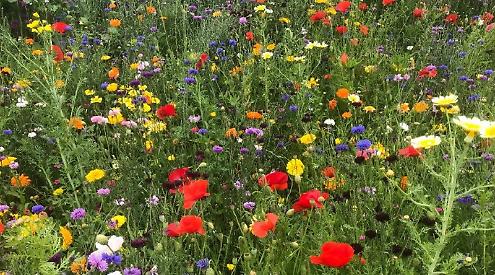 THOSE quiet lockdown days seem a long time ago now — the eerie silence, the empty roads and the plane-free sky.

My nephew enjoyed the novelty of cycling round the fountain in front of Buckingham Palace virtually alone.

Collectively, humans took a step back from the outdoors with lockdown providing a unique opportunity to observe the effect of mankind on the natural world around us. The natural world, it seems, enjoyed the break from us.

It’s likely that this was simply because less traffic noise meant birdsong was easier to hear but for birds that’s important because singing is how they signal territory and find a mate. Like us, it’s easier to communicate when you’re not having to yell over the sound of the traffic.

Bizarre film emerged of lambs enjoying themselves playing on a deserted children’s roundabout in Wales and a coyote doing a spot of sightseeing on the Golden Gate Bridge in San Francisco.

So what effect did lockdown have on the natural world in and around Henley?

I met up with naturalist Steven Gozdz, who runs local wildlife walks and photography courses in the Chilterns via GG Wildlife Experiences.

Steven knows the local flora and fauna intimately from years of close observation. Many things happened that were positive — local authorities reduced their cutting of hedges and verges. The result was lusher growth, with more insects. More insects provided more food for birds and as a result Steven observed birds raising two broods in 2019 rather than one. One pair of kingfishers had 12 chicks over the season.

With few boats on the river, the water cleared and Steven saw shoals of fish far larger than before.

Butterflies also thrived. Steven said he regularly saw 300 peacock blues on his walks in comparison to the 30 to 40 he would see previously.

But not everything was positive. It seems that many of us spent our enforced home leave working on the garden. Sales of pesticides soared during lockdown. And as bees visited the brightly coloured flowers in our gardens, they took pesticide back to the hive along with nectar.

Steven is aware of local beekeepers who have had to throw away their honey as it was found to be contaminated with pesticides.

So what can each of us do to help local wildlife thrive? Steven suggests as number one — don’t use pesticides on plants that attract bees.

Bees are essential for pollinating crops and the increased use of pesticides is thought to be one of the factors behind the declining honeybee population.

Take part in No Mow May — allow your garden to grow without cutting during May.

The beautiful wildflowers you may have noticed on verges recently are a result of South Oxfordshire District Council taking part in this annual national initiative.

Lastly, don’t be too neat and tidy in all of your garden — undergrowth and leaves provide cover for hedgehogs and insects for birds. There’s nothing more magical than hearing the distinctive snuffle of a hedgehog under a pile of leaves.

Take a step back to allow nature to thrive.