Leaving the leaves could be dangerous, say councillors 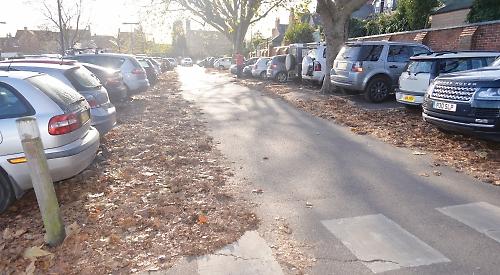 DEAD leaves on the streets of Henley will become a danger for pedestrians if they are not cleaned up quickly, say town councillors.

They have criticised South Oxfordshire District Council for failing to clear up piles of leaves in the streets, saying they become slippery when wet.

They highlighted the King’s Road car park as a particular problem area but the leaves there were cleared by the district council’s contractor Biffa on Monday following complaints.

Councillor Simon Smith said: “I know there are still some leaves to fall but those on the ground are incredibly wet and with the cold weather coming in should they get frosted they will become very slippery.

“The district council paid a lot of money for the Biffa contract but they seem to be getting more and more lax as each year goes on.”

Councillor Lorraine Hillier said she had been contacted by residents and had raised the issue with the district council, where she is also a member.

She said: “The leaves in the car park have been mentioned and they are quite right about that but I’ve also had the issue raised by residents about the corner of Mount View and Badgemore Lane. That has been attributed to a plane tree on the corner there.

“The leaves get very slippery when they get wet. It’s very dangerous, especially around the car park where people are walking towards the hospital. We do have an awful lot of frail people in Henley who have issues with walking but even able-bodied people can slip on those leaves.

“I think the leaves should be cleared up as soon as they fall because they are hazardous.

“As a council, we’ve also got to be more careful in the future where we plant trees. The plane tree in Mount View isn’t the best for that position.”

Fellow district councillor David Nimmo Smith said: “I’ve seen someone going round with a broom in the town centre but when you get outside the centre on to the residential roads the leaves are getting trampled. If it rains it’s going to be a hazard.

“I’ve been trying to find out when they will be coming around the town to clear them all up but I haven't had an answer yet.

“I know there are issues at Mount View, Northfield End and St Andrew’s Road.

“What does concern me is that people are sweeping them in the gullies which then have to be unblocked by the council. It’s not an economical way to do things.

“This isn’t a one in 10 years event like floods, this happens every year and we should be geared up to deal with it every year.”

Mayor Julian Brookes said: “The leaves are not a new phenomenon but they need to be sorted before they get wet. There is a health and safety aspect, especially in places with a gradient, which Henley has plenty of.

“They are slippery under foot and for the elderly especially it’s another unnecessary barrier to them getting around.”

“This is a major task across South Oxfordshire. It will take some time for all areas to be cleared, especially while leaves continue to fall, with some locations needing to be cleared more than once.”

Town clerk Janet Wheeler said clearing leaves on land owned by the town council, such as the Mill Meadows car park, was carried out by the council’s parks team as part of their regular maintenance work.