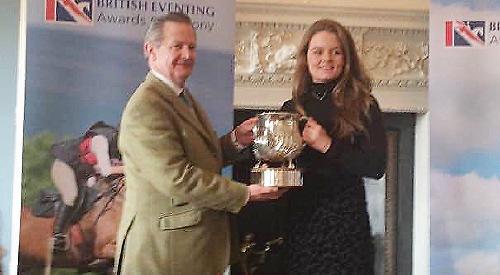 AN event rider from Nettlebed picked up a trophy for the highest placed British rider at Stoneleigh Park last Friday.

The former Rupert House pupil, now studying at Birmingham University, finished in ninth spot overall on her 11-year-old masters horse Harry. After the dressage stage Wishart was 11th, falling to 16th after the cross country and trot before climbing up ninth after completing her showjumping round.

Team GB had a run of bad luck as they were bronze position after the dressage stage, losing one horse overnight before the cross-country where they slipped to fourth. Another horse was pulled out overnight due to injury so GB did not have the minimum three-person team for show jumping.