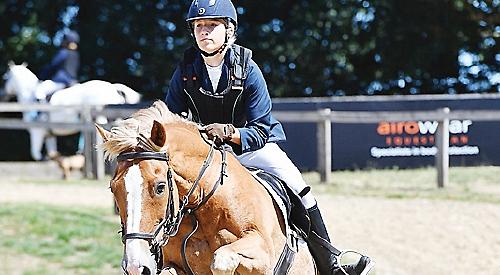 Eva Barnett, 13, who rode her 18-year-old horse Blaencanaid Highwayman, known as “Mr Ed” went clear in the initial qualifying round and was last to go in the jump-off where her second clear round of 30.65 seconds was 0.78 seconds faster than her nearest rival to secure the individual title.

Speaking after the win Barnett said: “I didn’t expect to win at all, but I thought I’d just go for it in the jump-off,”

Although Barnett has competed in a number of local and national events over the years, this was her first ever competitive win. Barnett was competing for her school team, Millfield Prep in Somerset, who also took the team title.

Barnett lives in Lower Assendon with her parents and younger sister Zara, who is also a keen rider. She is a member of Woodland Hunt Pony Club based in Harpsden and has been riding since the age of three.