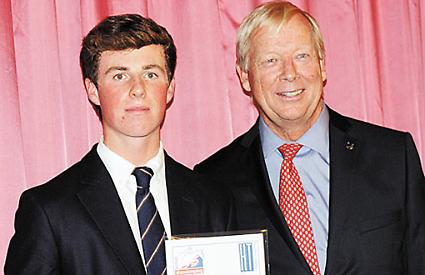 A NINETEEN-year-old from Henley has received his British Showjumping Advanced Apprenticeship in Sporting Excellence (AASE).

The AASE has been successful in developing and preparing talented young athletes aged 16 to 19. The first group of students are due to finish their programme next month.

To celebrate their completion of the training camps, Haddon Training invited all of the AASE students to Olympia, the London International Horse Show where they enjoyed a drinks reception and watched the evening performance from private boxes.