Semonella to ride at horse of year show 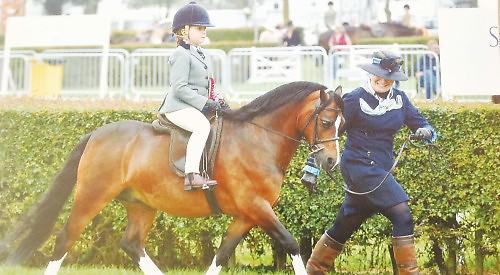 AN eight-year-old girl from Goring Heath has secured a place in this year’s horse of the year show in October.

Gavina Semonella and the bay Welsh sec A Folan Honey Monarch qualified by winning their hoys lead rein class at this year’s Lincolnshire County Show. The victory earned them a place as one of the top mountain and moorland lead rein ponies in the country.

During the same week Semonella competed in the national show of Wales where, along with her own pony Burnside Lara, she also won the lead rein class and ridden champion and silver medal champion.