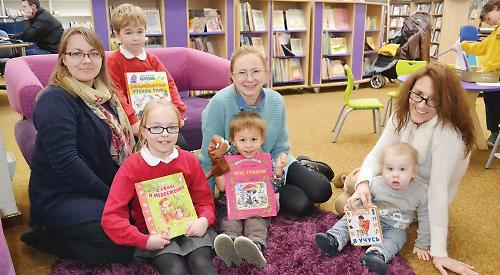 A WOMAN who set up a Russian-speaking group for children at Henley library says it is still going strong after three years.

Anna Woolfson, who is originally from Russia, set up the group so that her children Larissa, 10, and Leo, seven, would speak her native language.

Soon she had as many as 15 families taking part in the weekly lessons at the library, where they read traditional Russian stories, sing songs and do arts and crafts.

Mrs Woolfson, who works at Kidmore End Primary School and lives in Beech Close, Watlington, is married to an Englishman called Keith but he speaks Russian.

She said: “When the children were born I wanted them to speak Russian with other children so I organised this group. We started with the little ones and did different stories and a little puppet theatre as the children started growing up. The books allow them to see the print and read the language and we also bring along little toys to go with it. We learn the words and then they get to do some crafts.

“When I approached the library with the idea they were supportive and were pleased for me to come along and do it. We started as quite a big group but we got a bit smaller as children got to school age and mums had second babies.

“We now have four regular families, including one that started recently. Anyone is welcome. All you have to do is turn up any week.”

The sessions are held every Thursday during term time from 4pm to 5pm.