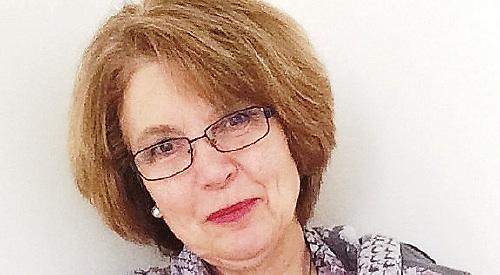 Heather Dunthorne, who has taken over from festival co-founder Patricia Williams, says she is excited to be running next summer’s event and hopes to make the line-up more diverse.

Ms Dunthorne started her career in television in 1972 and worked in the BBC’s drama department on programmes including Doctor Who and the original series of Poldark.

She later worked on children’s shows and factual programmes such as Gardeners’ World and Question Time.

She became head of production for ITN’s documentary department before retiring.

Ms Dunthorne moved to the area two years ago and is a member of the Goring Gap Players drama group, which performed her debut play What If? in November.

Ms Williams, who is also a member of the group, invited her to apply for the festival position.

“I would have gone to more events but unfortunately I was away for much of it. It’s incredible that two small villages can host such a major event and attract thousands of people in the process.

“It was nice to be part of the audience and I’m looking forward to shaping the next one. I want to carry on celebrating the talent we have in our community while bringing in some things that might not have figured quite so highly in previous years.

“I’ve explored a few options and hope to have a big band, an opera, comedy and a rock band as well as some more inspirational speakers who can talk about subjects with a connection to the area.

“I also want to bring in some children’s authors and have more participatory events and some street theatre. It will be more diverse but it won’t be a scattergun approach, there will still be a theme.

“I’m really quite delighted to have got the role because I’m still a ‘new girl’ to the village. I’ve been made to feel very welcome.”

The festival, which takes place across dozens of venues in Goring and Streatley, was first held in 2014.

The next one will take place from June 14 and 17 next year and the first line-up announcements are expected to be made in the autumn.

Volunteers are being sought for the festival’s marketing and fund-raising teams.