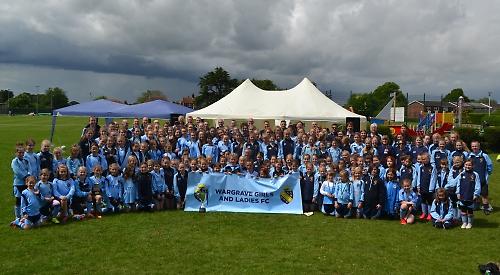 Wargrave Girls’ FC held the event at the recreation ground off East View Road on Saturday.

Treasurer Danny Malone won clubperson of the year while a special award was presented to David Bowcock, of the Berkshire County Girls’ Football League, for his work promoting girls’ football.

Before the awards, there was a football tournament involving all the girls.

Club chairman Bob Austen said: “The club is going very well. We have more than 250 girls and ladies playing regular football and have a very strong infrastructure.

“We rely on volunteers and thankfully I’ve got a very good bunch of people working with me.”