Village summer barbecue is out of this world 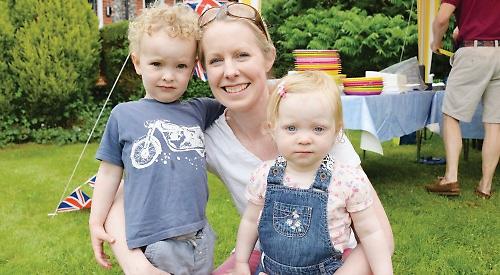 DOZENS of people enjoyed a barbecue in the sunshine in Crazies Hill.

The annual event, which is run by Crazies Hill and Cockpole Green Residents’ Association, was held at the village hall on Saturday, June 10.

It had an “out of this world” theme to tie in with the Wargrave Village Festival, which is taking place over three weeks this month, and there were prizes for the child who came in the best alien outfit. The event was raising money for a new outdoor classroom at the village school.

Committee member Phil Davies said: “It went very well. We had lots of children who came in fancy dress — there were some really way-out costumes and I was quite impressed.

“It was very well attended. I think we had about 80 people but I’m not sure how much was raised yet.”