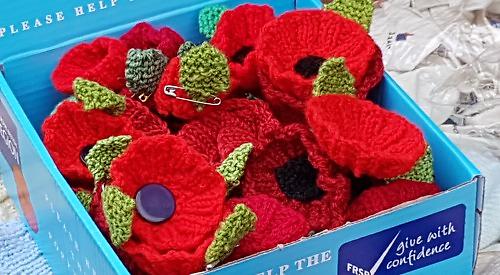 A ROLL of honour marking the sacrifice made by Henley’s MP during the First World War has been donated to the village where he lived.

Major Valentine Fleming, who served the constituency from 1910 until he was killed in action in 1917, is one of dozens of servicemen with their names engraved on the framed board.

It was presented by Ron Jewitt, the last president of the now defunct Caversham Conservative Club, where it was displayed, to Sue Worth, treasurer of Nettlebed Village Club.

The Conservative Club was based in Gosbrook Road, Caversham, from about 1920 until it folded in 2012.

The presentation was made as part of Caversham Royal British Legion’s celebration of Armed Forces Day.

Mr Jewitt wanted to donate the plaque to the people of Nettlebed as the village is where the Fleming family has lived since the early 20th century.

Mrs Worth, who is originally from Nettlebed but now lives in Twyford, recieved the plaque as she has been involved with the village club for 37 years.

She said: “We will hang it in the club where we already have lots of photographs of Valentine Fleming because the Fleming family built the club.

“We’re not sure yet where in the club it will go, perhaps behind the bar or in the function room.

“It’s a really nice roll of honour. It has been really well done.

“Along the top it reads ‘Caversham Conservative Club’ but I don’t think that matters.”

Maj Fleming was president of the Conservative club, then known as Caversham Constitutional Club. At the time, Caversham was part of the Henley constituency.

He joined the Oxfordshire Hussars when war broke out in 1914 and was killed by German bombing near Picardy on May 20, 1917, aged 35. He was posthumously awarded the Distinguished Service Order.

His granddaughters Kate Grimond and Lucy Fleming, who are the daughters of his eldest son Peter, still live in the area and Mrs Grimond’s daughter Rose runs the Nettlebed Creamery.

Members of the army cadets, sea cadets and the legion ran stalls as part of the Armed Forces Day activities.

These included a children’s tombola, a good-as-new stall and a sweet stall.

Pauline Palmer, Poppy Appeal organiser for Caversham, said: “We always like the public seeing the older and younger members of the community working together for a common cause.

“The proceeds from the event will be split between the Poppy Appeal, a standard for the army cadets and the seas cadets’ roof repair fund.”