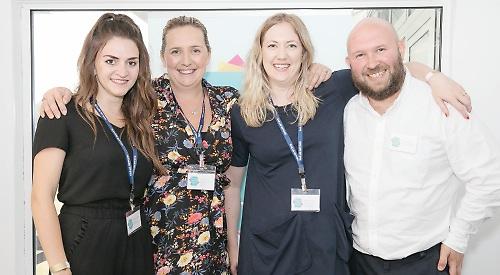 PRICES for this year’s Henley Literary Festival have been cut, organisers have announced.

Tickets go on sale on Monday for the annual festival, which takes place from October 2 to 8 and features more than 160 talks, workshops and performances.

The children’s festival will also feature Children’s Laureate Michael Morpurgo and broadcasters Clare Balding and Greg James. Tickets for all the events at the town hall will be available for between £6 and £8, down from £9 last year, while prices for the most popular events have been frozen.

Events director Harriet Reed-Ryan said: “The wonderful support we receive from our friends of the festival and sponsors, combined with overall attendance rising 50 per cent since our first week-long festival in 2012 has allowed us to freeze our highest ticket prices and cut our lower ones, making this our most accessible festival yet.”

Events will be held at venues around the town including the town hall, Phyllis Court Club, the Kenton Theatre, the Christ Church Centre, Stonor Park, the festival marquee in Market Place and Hobbs of Henley boat the Hibernia.

On Tuesday, this year’s festival was launched with a party at Phyllis Court Club, at which point more than 4,100 tickets had already been sold online, by phone and in person.

Among those to attend the party were representatives from sponsors the Head Partnership solicitors, Hotel du Vin and Hobbs of Henley, as well as Henley town clerk Janet Wheeler and festival director Sue Ryan.

Programming director Tom Ryan said: “Phyllis Court is a lovely setting, it’s just a shame it was raining! We had advance ticket sales downstairs and a more formal drinks party upstairs, where my mother Sue gave a speech on the programme. The top prices have been frozen this year, while others have gone down and we are trying to keep the children’s events low too.

“With the big events it’s not a problem to get people to come but for the others £6 to £8 will encourage them to take a gamble or interest people who haven’t been before.

“Ticket sales have been very good for the last few years and we have some great new sponsors this year. We’ve had great support so we are trying to lower prices where we can.”

Tickets are available to buy from www.henleyliteraryfestival.co.uk from 9am every day and by calling (01491) 575948 from 10am to 4pm on Mondays to Fridays.