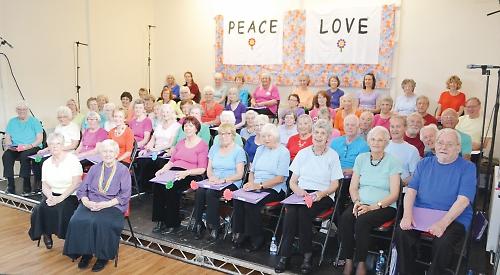 A COMMUNITY singing group in Sonning Common has raised £1,150 for charity.

The concert, titled “Those Were the Days”, included songs by Peter Seeger, The Animals and Simon and Garfunkel. Susan Rusman also sang a solo rendition of Bob Dylan's The Times They Are A-Changin and the second half of both performances, included 15 Beatles songs.

Margaret Moola, who founded the choir with Elaine Williams, said: “The audiences loved the programme with many people saying they knew  all the numbers and were uplifted by the whole afternoon.”

Choir members also made cakes for the audience and nine bottles of wine were won on each day as part of a lottery.