Thousands turn out to see supercars and air ambulance 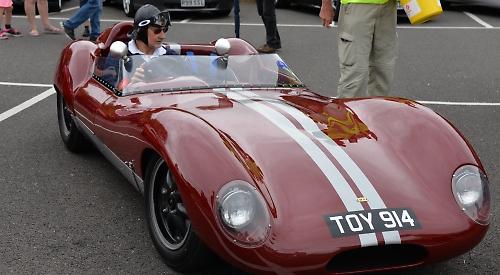 DOZENS of supercars descended on Sonning Common for a Ferrari family fun day.

The event was organised by the Thames Valley Ferrari Owners’ Club and attracted about 3,000 visitors.

It raised about £10,000 for the Thames Valley Air Ambulance, which displayed its helipcopter during the day. The event was hosted by Anthony Morris, treasurer of the club, at Blounts Farm, off Blounts Court Road, with some displays in the car park at Johnson Matthey next door.

Mr Morris said: “The attendance was way above what we were expecting. There were lots of people from Sonning Common but also a lot of enthusiasts. The weather was kind to us so that helped make it successful.

“The air ambulance arrived when people were there so they got to see it landing but as soon as it had landed the crew were called away.”

There were about 70 Ferraris on show as well as some other classic cars and motorcycles. Visitors could pay to ride in some of the supercars to raise money for Footsteps, a centre for disabled children in Dorchester.

Mr Morris said he intended to host the event again next year due to its popularity.