Sunshine lures crowds to summer fete in aid of pre-school 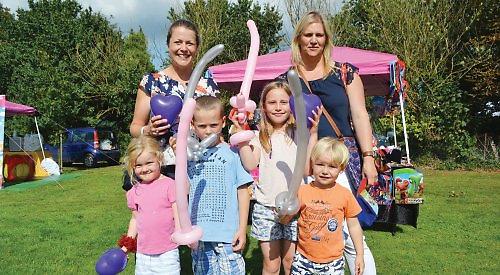 THIS year’s Whitchurch village fete was one of the most successful in recent years, say organisers.

Sunny skies drew hundreds of people to the event, which was held on the village green off Eastfield Lane on Saturday last week.

There was a variey of food and drink for sale. The village’s Art Café sold refreshments with the proceeds going to good causes while Gill Williamson, the founder, encouraged visitors to help knit a giant woollen pom-pom. The afternoon finished with several tug o’ war matches and a raffle with prizes donated by local businesses.

Organiser Annaliese Kemp said: “It was a brilliant day. Everyone had a wonderful time and it felt as though all generations of the village came together as a community.

“We had the most glorious weather, which was unbelievably lucky as it rained the following day and could have resulted in a very different turnout.

“The pony rides were very popular and the climbing wall was a huge hit as well. It was also really good to see all the different village groups running their own stalls.

“We always set ourselves a high standard for fund-raising and hopefully we’ve achieved it this year.”