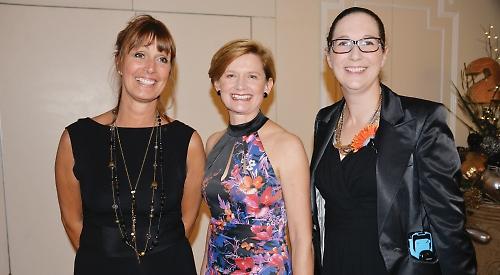 A CHARITY ball at Phyllis Court Club in Henley raised more than £27,000.

Daisy’s Dream, which is based in Twyford, staged the “imagination” ball to mark its 21st anniversary.

The charity provides a professional support service for children and families affected by a life-threatening illness or bereavement. About 160 people attended the black-tie event, which featured a three-course dinner, a magician, live music, a raffle, giving trees and a charity auction.

Speeches by were given by Daisy’s Dream director Gill Stevens, founder and honorary president Penny Lowe and Kevin Smith, a father who has used the charity’s serious illness and bereavement support for his children.  Claire Rhodes, a fund-raiser, said:
“We’re delighted to have had such generous support from everyone who attended and all the people who donated the fabulous prizes.

“A massive thank-you to everyone. The funds raised will make an enormous difference to our work with children.”