Remembering the pop star who loved his rural retreat 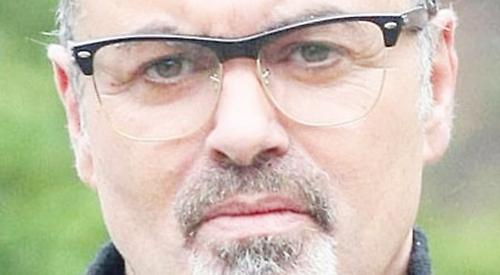 RESIDENTS of Goring have shared their memories of George Michael’s life in the village on the first anniversary of his death.

The pop star, who bought Mill Cottage off High Street in 1999, kept a low profile when he was at his rural retreat, so many villagers were reluctant to speak out after his passing on Christmas Day last year.

However, in a three-hour special broadcast on BBC Radio Berkshire, residents and business owners paid tribute to the singer, saying he was a friendly and generous neighbour.

One of the first residents to meet him was Diana Davis, who has lived next door to Mill Cottage since 1984 and was introduced to Michael by the previous owner of the cottage.

She told presenter Sarah Walker: “There had been rumours that he was buying it and she brought him round for a chat. He was such a lovely chap and we were fans of his music although, being older, not mad fans.

“We said to him, ‘when you’re here, this is your private getaway and we are just your neighbours’, which I think he really appreciated.

“I often used to see him in his garden and would point out if something was nesting there because he loved nature.”

Mrs Davis, who works for wildlife rescue charity Swan Lifeline, recalled one occasion when she returned one of Michael’s puppies after she caught it fleeing down the towpath on a rainy afternoon.

To thank her, Michael agreed to become a patron of the charity.

She said: “It was absolutely hammering it down and the puppy was quite frightened and running along the Thames. I called to her, put her on my lead and took her back, though I had to pick her up and carry her at one point because the village band was playing under the bridge and she wouldn’t walk past them.

“He very kindly invited me inside for coffee but I couldn’t accept because I was dripping like Niagara.”

Mrs Davis said she would often receive a luxury hamper from the singer as a Christmas present.

She said: “We nearly died of amazement when it first arrived and didn’t realise it was for us. You don’t try to match a present like that but he liked things like candles and appreciated small gifts given with love.”

Mrs Davis heard about Michael’s death on the radio and said: “It was devastating really because he loved Christmas and it was so poignant that it happened then.”

Lifelong fan Alison Clark, who has lived in Goring since 1994, was delighted when she heard Michael was moving to the village.

She first bumped into him in the street in 2003 and she attended his 40th birthday party later that year when she swam in his pool and he gave her a foot massage.

She recalled: “I thought it was a joke when people at work said he was moving here but it turned out to be correct. It was like all my dreams had come true.

“I first saw him on a summer’s day when I was queuing outside the old ice cream shop opposite his house. He turned up in the queue behind me so I tried to play it cool as I didn’t want to bother him.

“He bought his ice cream and started walking over the bridge with a group of friends but then he turned around and was walking back towards me. I was desperate to say something but it came out all uncool and I just said, ‘would you like a lick?’ He said no but he did laugh.”

She said: “The house was decked out with the most amazing flowers and candles. There was a bar down by his pool with magnums of Krug champagne and lots of people dancing.

“George then came over and shook my hand and danced with me. It felt pretty normal despite the fact that I’m a huge fan.

“We got pushed into the pool fully clothed and there was quite a lot of synchronised swimming going on.

“Afterwards, George took me up to his room and let me help myself to anything in his wardrobe. I didn’t want to take the mickey so I just took a pair of shorts and a cap.

“I then stayed until the small hours while my clothes were drying on a fireguard in the hallway and he was massaging my feet.

“I can’t remember how it led to that but Elton John music was playing in the background and he was talking about the new music he was writing, his family and how much he loved Goring because everyone had been so friendly.

“Before I left he took back the cap because it was his favourite but he thanked me for coming and let me keep the shorts, which I got rid of in a clearout — how mad is that?

“When I got home the next morning, I couldn’t sleep and was on the phone to all my friends as we didn’t have social media back then.”

In 2011, Michael arranged for Mrs Clark to have front-row seats at his concert at the Royal Albert Hall, which was part of his last ever tour.

She asked for his help as she had seen him live many times since the age of 13 but had only been able to get seats at the back of each venue.

She said: “I was willing to pay and wasn’t asking for a freebie but I had never sat near the front before and it was an amazing night.”

Mrs Clark heard about the singer’s death on Boxing Day.

“I was absolutely gutted and couldn’t get back to sleep,” she said.

Michael became a regular at the Miller of Mansfield in High Street after it was taken over and extensively renovated by Nick and Mary Galer in 2014.

Mrs Galer said: “He came in pretty much every week, probably twice a week. He’d generally keep himself to himself, not in an arrogant or rude way, but he was a private person who just wanted to spend time with whoever he was with. He was very polite and amenable, though.

“I think he wanted to live a ‘normal’ life as he spent a lot of time in the limelight and it was good that he felt comfortable being out in his village. It would have been very sad if he wasn’t able to do that.

“We didn’t like to shout about his visits and treated him the same as any other customer.

“We had so many visitors in the weeks after his death and it has never really stopped, which is a testament to the fact that George was hugely loved by everyone. His fans are very respectful and will always be welcome.”

He explaned: “James saw him while having a drink at the Miller of Mansfield, potentially a few too many drinks, so afterwards he put a note through his door saying, ‘you’re not the only gay in the village and it would make my husband’s Christmas if you would come here’.

“I was horrendously embarrassed and had high hopes but wasn’t expecting much. I thought maybe if there had been any chance of him visiting, then that would have put him off.

“However, he came in with some friends on an extremely busy night and they said they had a reservation. I was a bit flustered and annoyed and was saying, ‘I’m not sure if this is your table or not’ as I couldn’t read the reservation book then it suddenly dawned on me that George was standing right in front of me.

“I quickly changed and said, ‘yes, this is definitely your table’. They wanted fish and chips but my chef had only told me a second earlier that we were out of that. I ran into the kitchen screaming ‘please tell me we’ve got some fish and chips!’ but he was happy to have scampi instead.

“He said he thought James’s letter was cute so he thought he’d pop in and say ‘hi’. From that point he came in about once a week, usually late. He liked a good white wine, or any white wine really, and he loved scampi.

“George was very straightforward and open for someone of his status. We told him he could always use our private dining room if he needed some peace and quiet but he liked being able to see what was going on.

“He was always happy to sign autographs for people, though he wasn’t as happy with photographs.

“Perhaps I’m biased because I’ve loved him from a very young age but I found him very genuine and down-to-earth. People say he was shut off but that’s not what I saw at all. He wasn’t loud or extroverted but he was very personable and sociable.”

The couple last saw him in summer last year, when they were boating on the Thames and Michael was enjoying lunch on the terrace at Rossini at the Leatherne Bottel.

By then they had launched their own business, a cider brand called BumbleBee, and briefly chatted with the singer about it.

Mr Schulz said: “He wanted to know more about it and was interested in trying the cider. We had a good friendship by then.

“James and I had to spend the rest of the summer overseeing production in Somerset.

“We came back to Goring last Christmas and were walking right past the house as the ambulances and police cars were arriving. It had been a terrible year for celebrity deaths and we just thought, ‘this can’t be happening; it can’t be George, not at Christmas’.

“It was obvious something major had happened but we had no idea until later. It was awful news and a real shock.

“The village loved having him here because even if they’d never met him, his Christmas lights were always impressive and people would stop to take pictures. He was an amazing man and very kind.”