Villagers go for a stroll 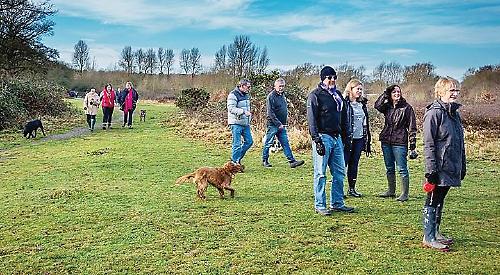 MORE than 40 people and several dogs took part in a traditional Boxing Day walk in Charvil.

Locals spent about two hours strolling around the village, starting at the village hall in Park Lane and going along Waingels Road, Ashenbury Park and Hurricane Way before heading back through Beggars Hill Road and Landsend Lane.

Afterwards, they were served refreshments at the hall.

The event is organised annually by the Charvil Village Society, which also holds a summer walk in June.

Member Mark A’Bear said: “We had 48 people in total for the walk and back at the village hall we put on mulled wine and mince pies free of charge, as we do every year.

“It was very well received. Everyone enjoyed the walk and a few people said we had taken them on a route they have never done before. It was a pleasant experience.”