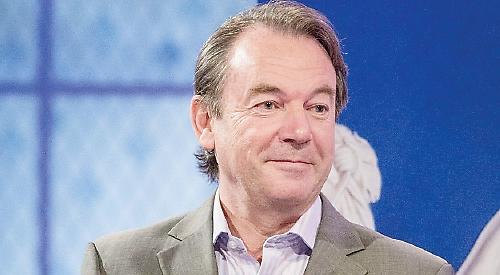 MICA PARIS is to headline this year’s Gap Festival in Goring.

The soul singer will perform beneath the festival marquee on Gardiner recreation ground on Saturday, June 16.

The show is part of a UK tour in which she is performing the music of Ella Fitzgerald, who would have turned 100 last year.

Paris recently released cover versions of Fitzgerald’s I’ve Got You Under My Skin and Every Time We Say Goodbye as singles and is hoping to release an album later this year.

The 48-year-old has had four albums in the top 100, including her 1988 debut So Good, which went platinum, while 16 of her singles have also charted.

She has recorded or performed live with the likes of Jools Holland, Kate Bush, Boy George and Pink Floyd guitarist David Gilmour.

The biennial festival will take place at various venues in Goring and Streatley from June 14 to 17.

She is best known for her Wire in the Blood series, which was adapted for ITV in 2002 and starred Robson Green as forensic psychologist Tony Hill. Her 10h volume in the series, titled Insidious Intent, was published last year.

Antiques expert Eric Knowles will be discussing audience members’ heirlooms at his one-man show called What’s It Worth? The Bigger Picture, which takes a humorous look at the antiques world.

Knowles, a fellow of the Royal Society of Arts and a former director of auction house Bonhams, made his name with the BBC’s Antiques Roadshow in the Eighties.

He is currently a guest presenter on the BBC’s Bargain Hunt and has previously appeared on Restoration Roadshow, Put Your Money Where Your Mouth Is and Antiques Master.

Festival organisers say there will be more additions to the programme over the coming months. These may include an opera performance, a dance with a big band and a well-known garden designer.

There will also be an art trail and exhibition featuring local artists and a range of comedy, poetry, dance, music and drama events, many aimed at children and featuring clubs and societies from within the community.

A number of other performances will take place in the run-up to the festival, including the Watermill Theatre’s production of Burke and Hare, a black comedy about the Victorian bodysnatchers, at the Morrell Room in Streatley on May 24.

Heather Dunthorne, artistic director of the festival, said: “It’s hard to believe that the Gap Festival is only five months away. My vision for this year was to build on the success of previous festivals and bring even more high-profile speakers, musicians and performers.

“It will be wonderful to see musicians here who also perform at the O2 or Proms in the Park.

“Celebration, inspiration, entertainment and enjoyment are our watchwords and I hope people will put the dates in their diaries now, book some days off work and come and enjoy a week of first-class entertainment, new experiences and fun.”

Tickets will go on sale on April 5 and will be available at www.thegapfestival.org

• Organisers are still seeking volunteers for a range of tasks, from helping on the day to marketing, ticket sales and arranging sponsorship. Anyone who is interested should get in touch through the contact form on the festival website.