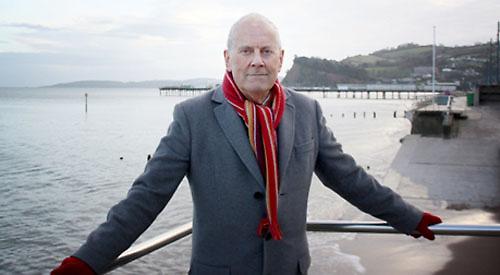 BROADCASTER and author Gyles Brandreth has been added to the line-up for the Gap Festival, which will take place from Thursday to Sunday, June 14 to 17.

The former Conservative MP, who is a patron of the biennial event, will perform his one-man show Break A Leg! at the village hall on the festival’s closing day.

He will share stories of the people he has met and worked with during his career, which includes regular appearances on Radio 4’s Just A Minute, the BBC’s The One Show, QI and Have I Got News For You and in “dictionary corner” of Channel 4’s Countdown.

He has written more than 20 non-fiction books on topics including politics, word games and the royal family as well as nine novels.

Another new addition is garden designer Joe Swift, who has been a regular presenter on Gardeners’ World since 1998 and also presents the BBC’s coverage of the Chelsea Flower Show and other Royal Horticultural Society events.

He will be discussing highlights of his career, which include winning a gold medal at Chelsea in 2012 and completing an award-winning park in Bermondsey with Dame Zandra Rhodes.

He will appear in the festival marquee on Gardiner recreation ground off Upper Red Cross Road on Friday, June 15.

Soul singer Mica Paris, will give a headline performance in the festival marquee on the Saturday while other speakers include crime writer Val McDermid and antiques expert Eric Knowles. There will also be art, comedy, poetry, dance, music and drama events.

Tickets will be available from Thursday, April 5 at
www.thegapfestival.org