Chic and Rita are hot tickets for festival 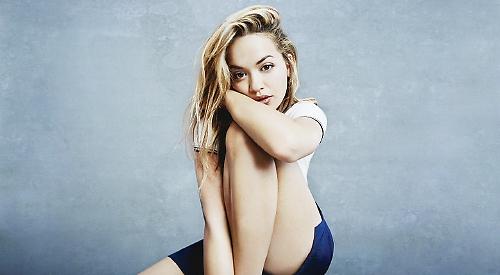 TICKETS to see Nile Rodgers and Chic at this year’s Henley Festival have sold out in a fortnight.

The award-winning American musician and producer will headline on third night of the 36th annual festival, which will take place from Wednesday to Friday, July 11 to 15.

Other headliners on the main “floating” stage are Rita Ora on the Wednesday, Grace Jones on the Thursday and Curtis Stigers on the Saturday with the English National Opera on the final evening.

Festival chief executive Charlotte Geeves said: “We’ve sold out on the Friday, are almost sold out on the Wednesday and the Saturday is three-quarters full, so we are really pleased.

“The audience has responded and bought tickets so they must like the line-up.

“Sunday has always been a quiet day for us. It’s slow to sell but people are buying tickets, just not as fast as they are for other nights.”

Other acts who will be appearing include comedians Paul Merton, Mark Watson and Jon Culshaw while the restaurateurs will include TV cook Angela Hartnett, a Michelin-starred chef who will be creating a bespoke menu for the Riverside Restaurant.

New to this year’s event will be a nightly performance by acts from BBC Music Introducing, which was created in 2007 to support unsigned and undiscovered musicians.

Henley “pop-noir” singer Purdy will be among the performers at the festival’s own jazz club in the Spiegel Tent while the Bedouin Tent will return with music from around the world as well as showcasing Henley folk musician Megan Henwood.

There will be pop-up food stalls from local restaurants including the Spice Merchant in Henley and Paul Clerehugh’s Crooked Billet in Stoke Row along with street food.

Artists who will be showcasing their work include sculptors David Mach and Rosamond Lloyd.

For more information or to buy tickets, visit www.henley-festival.co.uk