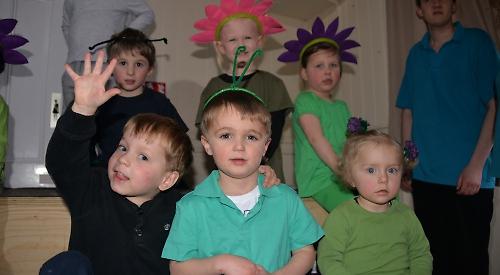 CHILDREN at the Early Days Nursery in Ipsden performed an Easter concert for their parents at the village hall.

Flutterpillar featured song and dance numbers as the youngsters followed the transition of a caterpillar into a butterfly.

The children were dressed as butterflies, bees and flowers and the stage was decorated with models of the insects.

The lead roles of the caterpillar and butterfly were played by Ivy Rumble and Fernanda Semonella, both four.

Everyone enjoyed refreshments after the show.

Nursery head Nicola Murphy said: “The concert was ably put together and directed by the amazing Becks Bennett from class two.”