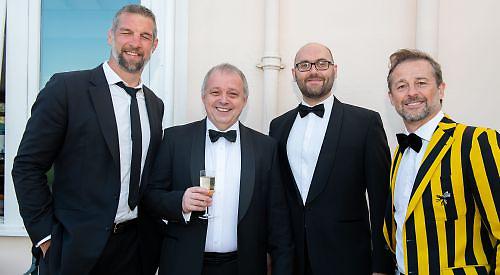 About 130 people attended the black-tie  event at Phyllis Court Club.

The MC was former England scrum-half Andy Gomarsall and there was entertainment from table magician Ian Gamic.

After the four-course dinner, there was an auction with top prizes of a week’s holiday in Barbados, a sailing experience on a yacht and a rowing session with Olympic champion Will Satch. Alistair Beynon, the club’s commercial manager said: “It was a brilliant night. Andy and Simon know each other really well from England and the Lions.

“There were some old rugby stories and some from the Lions’ tours.

“Simon’s a really good guy. He kept his table entertained and was mingling with supporters and sponsors and making them feel part of the evening. Andy did a fantastic job too.”

• A Picture This feature from the dinner will appear in next week’s Henley Standard.