Village fete has feel of Midsomer (minus the murders!) 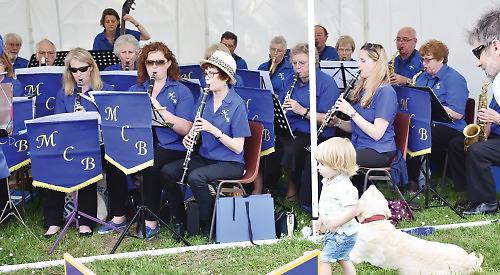 Organisers had feared a low turnout as thunderstorms were forecast but the weather remained warm throughout the event, which took place on the village green.

Attractions included a vintage tractor display, a display by the Goring Growlers dog agility team, ferret racing, which returned after several years’ absence, a Punch and Judy show, community group stalls, a prize raffle and a barbecue. The Maidenhead Concert Band played throughout the afternoon.

Other attractions included the Orchid mobile bar, a tea tent run by Whitchurch Hill Women’s Institute, a bottle tombola, a barbecue run by Goring Heath Parish Council and a cake stand and plant stall, which both sold out. To reduce congestion on surrounding roads, the neighbouring Castrol research centre opened its grounds for parking.

Organiser John Gray said: “We enjoyed a lovely sunny day rather than the thunderstorms we were promised. This encouraged a good-sized attendance and numbers looked about the same as usual.

“Raffle tickets were bought at a great rate and the tombola was a success with a good selection of donated bottles. The cakes on the stall looked lovely and sold out.

“The fairground attractions were very popular with the children and there were individually-crafted balloon models everywhere.

“It’s a relatively small village fete but one that people seem to enjoy. Somebody observed, and not for the first time, that it had a Midsomer feel but rest assured there were no murders!”

Among the visitors was Henley MP John Howell.