Snake and ladders with green message 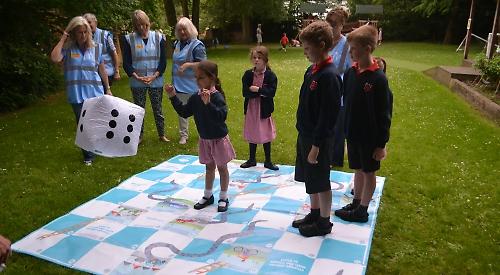 PUPILS at Sacred Heart Primary School in Henley were taught about air pollution by environmentalists.

Volunteers from Clean Air for Henley visited the school in Greys Hill to talk to the children about reducing pollution.

There was also a talk by Dr Paula Owen, who runs Green Gumption, which provides workshops on environmental sustainability.

Year four pupils played a giant game of snakes and ladders in the playground where they went up a ladder if they landed on a square with a green measure such as cycling to school and down a snake if the square said “take a taxi”.

David Dickie, a member of the group, said: “We finished the day with an assembly with all the classes and the children were allowed to ask questions. They were so energised and knowledgeable and are going to influence their parents.”

Clean Air for Henley, which was launched last year, campaigns for less car use and use of lower emission vehicles and for drivers to turn off their engines when stationary.

Mr Dickie said: “We are energised by the fact that for the first time there are council budgets to deal with air pollution. This is a really good opportunity and a chance to make a difference in Henley.”