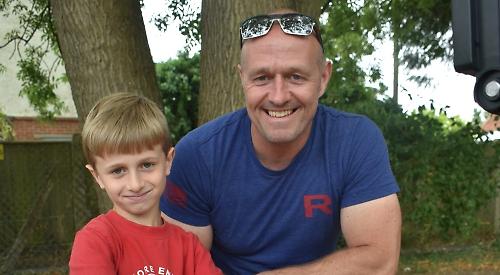 The event at the school in Chalkhouse Green Road followed its annual sports day on Tuesday afternoon.

Parents and students stayed after the sports to relax and enjoy food, drinks and games.

There was also a rowing challenge, where youngsters and adults were made to row as far as they could in one minute.

The event raised about £1,500, which will go towards several projects, including new library books for the children and a new stage for pupils to perform on.

A portion of the money will also pay for enrichment workshops.

Robert Heilbuth, chairman of the Kidmore End School Association, which organised the event, thanked everyone for supporting it. He said: “Even if we did not make any money at all it wouldn’t matter because everyone enjoyed it and it’s a lovely occasion to bring our school community together.

“The kids enjoy all the things going on and the feedback I have had from parents has been great.

“When I went into the school the following day, everyone was saying it was a great success, which is really nice.”