Mixed reaction to another party for George Michael 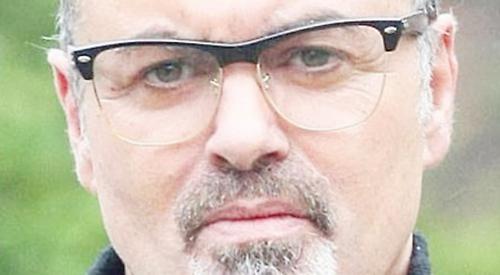 RESIDENTS of Goring are to be asked whether they would support another summer party in memory of George Michael being held in the village.

The singer, who died in 2016, lived in the village and in June thousands of his fans flocked to Rectory Garden to mark what would have been his 55th birthday.

There was a disco and live performances of his songs as well as market stalls raising money for charity.

Now the parish council, which owns the land off High Street, wants to know whether villagers would be happy for the event to be repeated next year following a request by the organisers.

The council doesn’t want to say yes without public consultation as members received mixed reactions to this year’s celebrations.

There were only three formal complaints but several other people complained verbally about noise from the event, which ran from about 11am to 7.30pm, and congestion.

The Catherine Wheel pub in Station Road, which has held a two-day summer music festival on that weekend for several years, says it lost custom this year and the Miller of Mansfield complained about its toilets being overwhelmed by fans who didn’t buy any food or drink.

However, other businesses, including the Chocolate Café and the Inspiration gift shop in High Street, say they benefited and some villagers said they enjoyed the event, which raised more than £9,000 for ChildLine.

Speaking at a council meeting on Monday, Councillor Catherine Hall said: “There seems to be conflict among various parties as to the appropriate use of that space and concerns have been expressed that it could become an annual rally.

“I think the fundamentals behind something like this are different from something like the Gap Festival, which is a major event but is focused on the community whereas this is for a very particular group of people.

“I think we’ve had relatively few complaints simply because people don’t want to appear inhospitable but it’s having a big impact and people could become less tolerant if it happens every year.”

Tony Gregory, who lives in Manor Road, next to the site, said: “There seemed to be non-stop noise that weekend. The Catherine Wheel’s event was bad enough but the Sunday event was just horrendous as we got it full blast.

“I visited and asked them to turn the volume down but they said, ‘sorry, we’re within the noise limit’ and I believe they turned it up later on.

“I know a number of people in that area complained but to no effect.

“The organisers’ attitude was intolerable considering that many Goring residents don’t even know who George Michael was.”

But Ron Bridle, of Cleeve Down, said: “The council’s job is to represent the community and I fear you are listening to one or two complaints about a noisy day, half of which wasn’t even down to the event on Rectory Garden.

“This was a joyful celebration that gave a lot of people a lot of pleasure and attracted a lot of visitors to support the local economy. You’re trying to stop something getting out of control when there’s no proof that will happen and it’s very unwelcoming. It’s a ridiculous response.”

Enid Worsley, of Millers Close, said: “I’m not a George Michael fan but I will happily accept some fun and jollity for a weekend.

“I think the village gets an incredibe benefit from having had him as a resident.

“I’m worried that the council is in danger of shooting itself in the foot when there is no quantifiable evidence that this is a bad idea or that a large number of villagers are against it.

“Presumably there was a positive economic impact which would justify allowing it. All the bed-and-breakfasts in the area were full.”

Council vice-chairman John Wills said: “The Miller of Mansfield said it might well close if it happens again because there were so many people queuing for its toilets.

“However, other businesses say they did very well so you can’t simply say it was good or bad —  it’s a different story depending on who you talk to.”

Chairman Kevin Bulmer said: “I suspect the economic impact was rather limited and I’m not in favour of it becoming an annual event because of the impact.

“You can’t conflate fans visiting Goring over a longer period with an event like this.

“We’re elected representatives of the village, not the fans, and must make decisions based on what we think residents want.”

Councillor Bryan Urbick said: “I heard lots of positive comments, which should be acknowledged, but there is a fear of it getting out of control.

“I’m not saying the organisers did a bad job at all but when something is that successful it can take on a life of its own.

“Also, the legal noise limit of 90 decibels is actually pretty high. If I had to live next door to anything that loud I imagine I’d go crazy.”

Terry Daniels, from Milton Keynes, who organised the event, said: “We have fallen in love with this place and not just because it was touched by George.

“The celebration isn’t just a jolly for the fans but a fund-raising event that’s fully licensed, complies with the noise regulations and is good for businesses, which want our money.”

Nu Findlay, who was Michael’s housekeeper for 16 years, said: “I spoke with a lot of elderly people who absolutely loved it but I know George would have been upset that a very small number of people weren’t happy. I would propose that the fans take this somewhere else.”

Councillor Bulmer responded: “That is up to the fans but no decision on the site is being taken tonight and it’s perfectly legitimate for us to be discussing this.

“We’re not saying ‘go away, we don’t want to see you again’ — it’s just a case of making sure we’re keeping as many people as possible happy and listening to people’s concerns.”

Michael lived at Mill Cottage, off High Street, where he was found dead by his partner Fadi Fawaz on Christmas Day 2016. His death was later declared to have been from natural causes.