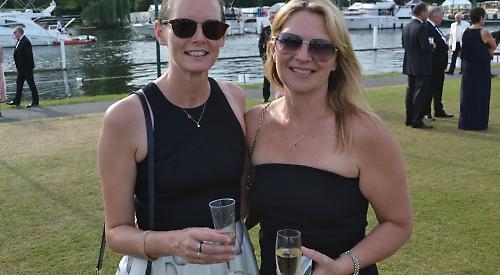 THE Henley Festival is to stop using single-use plastic glasses this year.

Organisers of the annual music and arts event, which takes place in July, are to replace the tens of thousands of containers with fully recyclable alternatives.

The move is one of a number of changes being made in response to national campaigns to cut down on the use of plastic.

There will be new recyclable food containers and schemes to recycle water and energy used at the site.

Festival chief executive Charlotte Geeves said: “It’s something we’ve been talking about within the organisation for years. It came up with the trustees so we decided to focus on it for 2019.

“All our glasses are single-use plastic and if you think about the volume there are almost 30,000 people that come through the gate. If everyone has at least one drink that’s a lot of plastic.

“We will be providing recyclable plastic glasses to everyone on site, whether it’s festival staff or anyone else.

“There will also be recyclable products to serve food in unless they are within the restaurants, which use china.

“We have a responsibility to affect change in certain areas and by removing single-use plastic from the site 30,000 people will see that change.”

For the last two years, the festival has employed litter-pickers to collect thousands of disposable containers from the riverside site on each of the five days of the event.

Ms Geeves said: “Their main job is to clear waste from the site during the evening and the next day. They can spend another day picking shards of plastic from the grass, so it’s quite labour-intensive.

“The reason we pick up the shards is because those with open-toed shoes could cut their feet. The team work from 7am until an hour after we close each day.”

The new glasses are made by a company in Yorkshire and
distributed by PartyPlastics, of Gerrards Cross.

They are more expensive than the old single-use containers but the extra cost will be borne by the festival.

Ms Geeves said: “Our costs have gone up exponentially to deliver this but it’s something as an organisation we are committed to and we are happy we have budgeted. There will be no extra cost to customers.

“It was a challenge for us to find a company that not only does half-pint and pint glasses but champagne and wine glasses too — they are quite difficult to find.”

The new glasses are expected to be delivered to the festival’s storage facility by April and some of them will also have the name of its new eco-partner, IBS Office Solutions, of Henley, printed on the side.

Ms Geeves said the festival had also been working with Henley anti-plastic campaigner Julia Carey on other schemes to cut down on its environmental footprint, including removing all printers from its headquarters at the River & Rowing Museum in Mill Meadows.

She said: “We are also buying industrial dishwashers which recycle a large percentage of waste water back into the machine.

“The positive for us is that we hope in the long term that our waste bill will be reduced by not putting single use plastic into the dustbin. There are positive economies in us doing that.”

She said: “Now it’s going to be in a different format and will go out with the address printed directly on it. We do about 20,000 copies of those.

“That came about as a direct response to audience feedback as well as wanting to be plastic-free ourselves.

“It’s a very ‘of the moment’ issue and I think it’s a good thing that there’s pressure on organisations to step up to the plate.”

The recyclable glasses and dishwashers could be rented out to smaller events which can’t afford to buy their own.

Mrs Bausor said: “If you are running an event and want to be eco-friendly but can’t afford the outlay yourselves you can come to the Henley Festival.

“Every little thing can add up to make a massive global change.”

Mrs Carey, who lives in Reading Road, said she hoped the festival would set an example to other events held in Henley.

“It’s imperative,” she said. “Henley as a town does quite well in regards to disposable plastic awareness but we have so many of these events through the year.

“If they aren’t all in line with it then all our hard work could be undone.

“I’m really pleased that the Henley Festival is doing this and I’m hoping the regatta will follow suit.”

This year’s festival will take place on July 10 to 14. The main acts are due to be announced later this month.