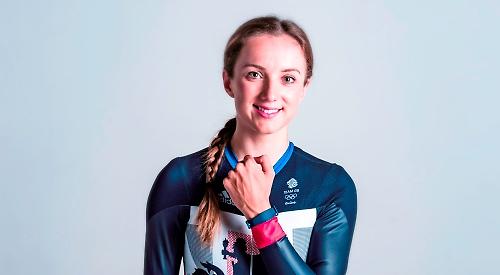 AN international women’s
bicycle race is to visit Henley in the summer.

The third stage of the sixth annual OVO Energy Women’s Tour is expected to start in front of the town hall in Market Place on Wednesday, June 12.

Sixteen teams of six cyclists from around the world will parade slowly along Hart Street, New Street and Thames Side while greeting spectators from about 10.30am.

They will then leave the town before the race starts in earnest after they have travelled about three or four miles. The stage will finish at Blenheim Palace, near Oxford, later in the day.

The riders will be accompanied by 30 police officers and 30 marshals on motorcycles, some of whom will ride ahead to enforce “rolling” road closures. These will come into effect 20 minutes before the pack arrives.

SweetSpot, which is organising the event in partnership with Oxfordshire County Council, says Henley’s businesses will benefit from the event as it should attract a large crowd.

There will also be about 400 security guards, stewards and cameramen who will film the event both on the ground and from the air for television.

Contractors will start building the stage from about 4.30am on the day.

The competitors will change and warm up in a section of Greys Road car park which will remain open for fans to greet them. The cyclists will be called to a stage and introduced to the spectators. Organisers say everything will be packed away within about two hours of the race start.

Mark Leyland, of SweetSpot, told a meeting of the town council’s town and community committee on Tuesday:

“This is rated one of the best women’s cycle tours in the world among riders, teams, the media and, of course, the viewing public.

“It attracts the best riders globally, including a smattering of household names like Lizzie Armistead, who arguably aren’t yet as well-known as our male Olympians but are getting there.

“We are very close to finalising the route and will have rolling road closures so there won’t be anywhere that’s shut for hours on end and the roads behind the race will effectively be clear.

“The police officers are highly trained with experience of events such as royal visits. They’re quite a spectacle in themselves as you get 30 turning up on bikes at once and children love it.”

“There will be a slow, controlled start rather than everyone speeding off at once because, if nothing else, it makes sure everyone is present and nobody is left behind in the changing area. It also ensures everyone has a chance to see the cyclists and enjoy the atmosphere.”

He said riders and crews would use local accommodation where possible.

David Heycock, the county council’s host event manager, said the event would generate revenue of about £7.7 million across its six stages.

Councillor Will Hamilton said: “This is the best thing to happen to Henley for a long time.”